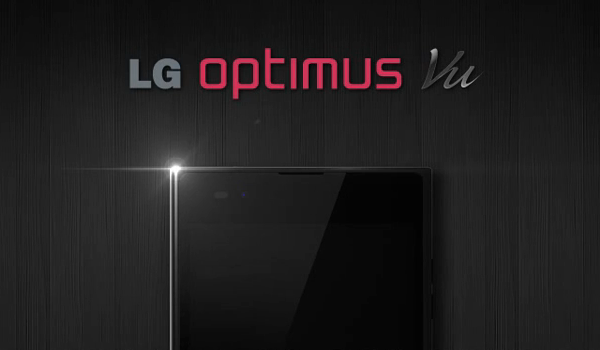 LG has begun teasing the internet with their next big smartphone, posting a short and mysterious video online. When we say big, we mean Galaxy Note and Dell Streak big. According to the details, this new LG Optimus Vu is a 5-inch Android smartphone with a rather unorthodox 4:3 aspect ratio.

Additional hardware rumors suggest that the handset is not just massive, but it’s also as powerful as anything on the market. Specs include a dual-core 1.5GHz processor, 1GB RAM, 8GB storage, an 8-megapixel camera, and NFC support. Expected to run Android 2.3 Gingerbread, the Optimus Vu’s screen is said to be a 1024×768 IPS display. Considering the four buttons across the bottom and the aspect ratio, we’re not only betting on the 2.3, but we’re also extremely intrigued.

There is no indication as to when we might see the Optimus Vu but you can bet we’ll be paying extra attention at Mobile World Congress.  Check out some of the images we pulled from the YouTube video below.  We’ve brightened them up quite a bit in order to get a better look at the handset.