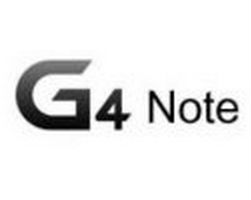 We know for a while that there will be another LG flagship phone this year. LG has confirmed as much. We’re expecting another LG flagship in the second half of 2015 and with only 3 months left, we’re running out of time. But we may be getting some indication of LG’s plans based on a trademark filing uncovered from the USPTO, the United States Patent and Trademark Office. 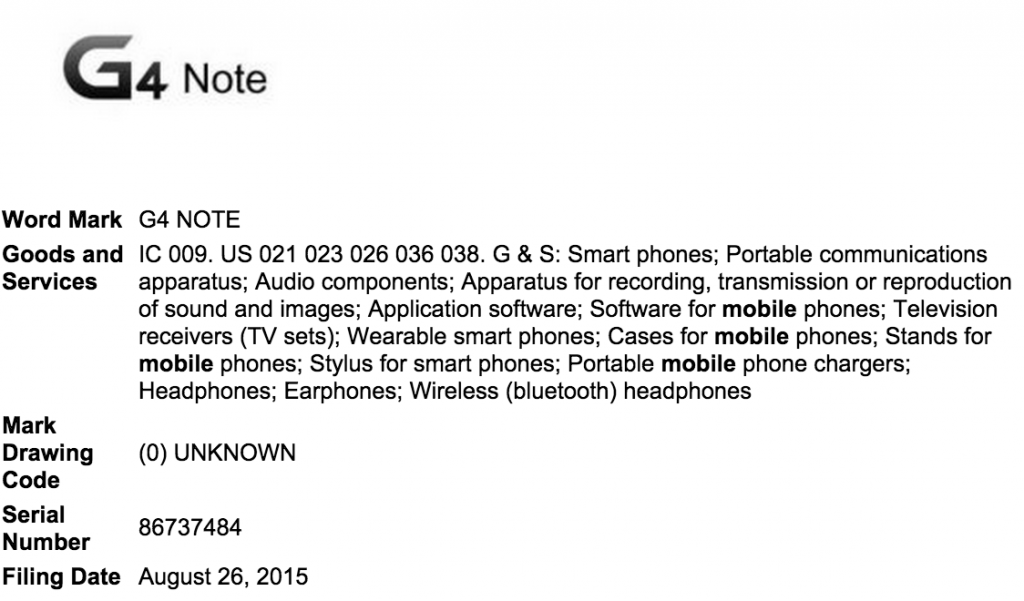 We haven’t seen a ton of leaks of the G4 Note so far, one being back in March from XDA Developers. According to the leak, the G4 Note will feature a stylus that comes out of the top, unlike the Galaxy Note line which has theirs placed in the bottom of the phone. But can LG make something that beats Samsung at their own game? Part of the strength of the Note series is the stylus and from the leaks, the G4 Note’s appears to be really weak. Can we expect the same functionality from the Wacom Stylus, known as the S-Pen? The S-Pen and it’s software have had a nice evolution since it’s debut years ago. It makes your takes more convenient to complete. Can LG hope to match that? 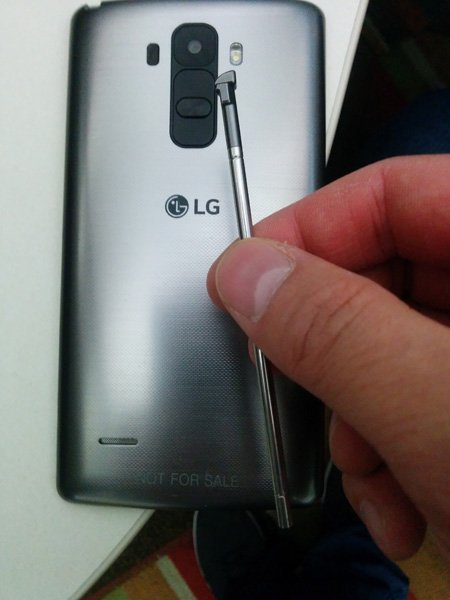 We will see. A stylus, removable back, removable battery and Micro SD card slot are going to be very attractive to previous Note owners who are disappointed in the Note 5’s redesign and looking to upgrade.