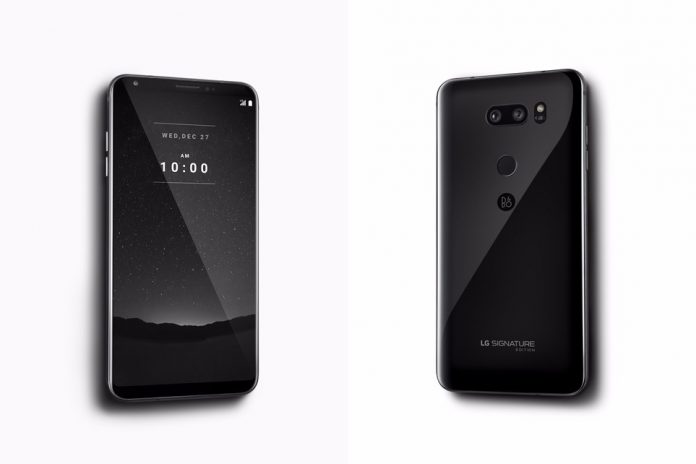 Don’t you just wish sometimes you could live on the Asian continent? The market always seems to be getting the coolest exclusive smartphone models, while the rest of the world watches in envy from afar. A very good example of this trend is the Burgundy Red Samsung Galaxy S8 which made a debut mere weeks ago.

The LG Signature Edition is the more luxurious version of the 6-inch phablet. For starters, the glass back on the V30 has been replaced with a more premium zirconium ceramic plate which is a lot less prone to scratch. And by the way, the LG will be offering buyers the option to engrave their name on the backplate.

In the hardware department, the LG Signature Edition boasts 6GB of RAM and 256GB of storage, which beats even the 4GB of RAM and 128GB storage of the V30+. The phone will ship with two Bang & Olufsen headphones inside the box – a wireless one and a normal one.

Another edge the newcomer has over the standard V30 is that it comes with Android 8.0 Oreo out of the box. In the meantime, LG is only in the testing phase when it comes to Oreo for the normal V30 units.

Merely 300 units will be made available, so unless you live in South Korea and act super-fast when sales start, we don’t really see how you could get your hands on one.

When will you be able to buy this beauty? LG is pretty vague about it, saying the handset will be launched towards the end of the month. No pricing information has been revealed, but it figures it will cost more than the regular V30 which is already a pretty expensive phone. The phone should be available in Black or White color versions.