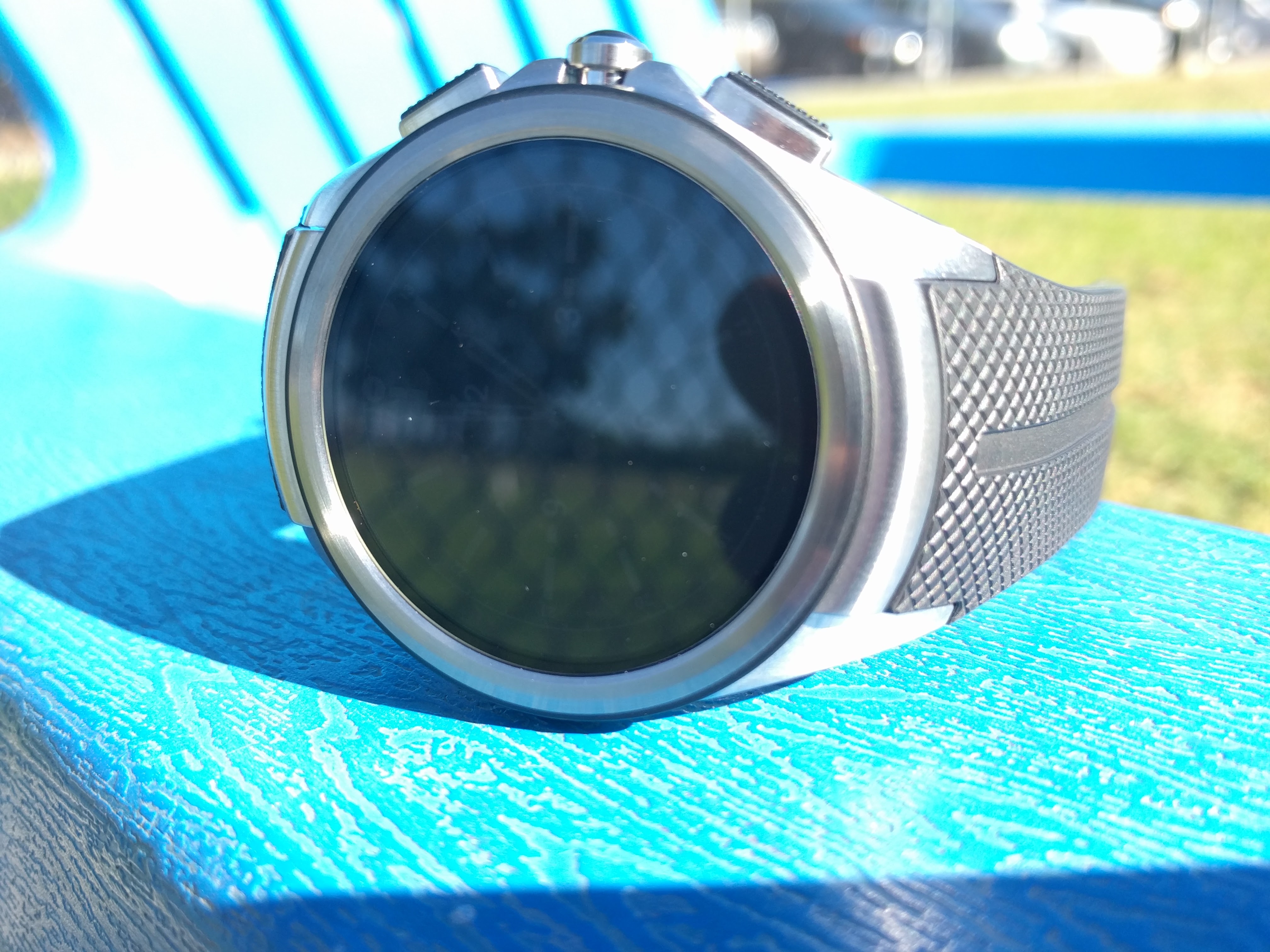 The LG Urbane Watch 2nd Edition was announced just over a week ago, and what makes this watch unique is, it is the first Android Wear device to get LTE support. I haven’t always been a fan of smartwatches mainly because I always have my phone with me, and I don’t find it difficult to pull out my smartphone when I need it.

But as I am increasingly becoming aware of the sometimes inconsiderateness of pulling out my large and bright Nexus 6P in places like church, movie theaters, in meetings, or at dinner, I am finding the need for a smartwatch more and more. Last year I gave the LG G Watch, Moto 360 and Samsung Galaxy Gear watch all a shot, but the first generation devices just didn’t appeal to me. The LG G Watch was unbearably ugly to me, the Moto 360 was uncomfortable and had that flat tire that disturbed me, and as much as I love Samsung, I absolutely hated the Tizen software that drove the Samsung Galaxy Gear watch.

Being a fan of tech, I still have been waiting on the perfect smartwatch. Google sent me an ASUS Zenwatch 2 a few weeks ago, and it was the first Android Wear device I actually liked. The price of $150 was appealing, as most other smartwatches like the Huawei Watch and the Moto 360 2nd gen. both cost over $300 and run as high as $450. The ASUS Zenwatch 2 actually looks great, although it is a rectangle which isn’t super appealing to me. It runs Android software which makes it super useful and means there are many compatible apps. I find it hard to justify $350 for a smartwatch that just looks good while still performing the same as the Zenwatch 2. Although that’s a weak argument for not spending money on a watch, because watches have been fashion statement pieces for a couple of centuries now.

When LG announced the LG Urbane Watch 2nd Edition I became super excited because it was the first Android Wear watch to have LTE support. That means I could text, make phone calls, and have updates all without carrying my large phone with me. I’m usually pretty active on the weekends – I love to hike, take my dog to the beach, go on bike rides and so on. My dog and I always walk for a couple of miles before bed, so having a watch that could replace my phone is something that has always appealed to me. 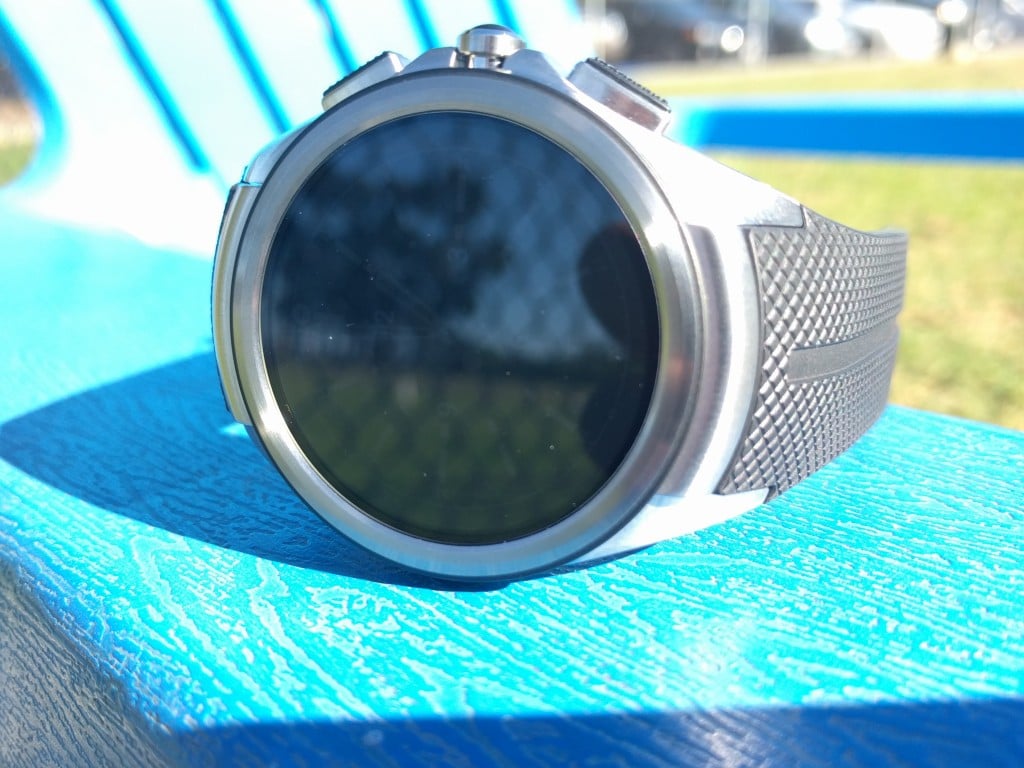 The LG Urbane Watch 2nd Edition became my first actual purchase of an Android device, with my own money, in over a year. The images of it looked stunning as it actually looked like a real watch, and it had a rubberized band that could keep up with my lifestyle.

So I stopped by the AT&T store last night as they have begun receiving in actual shipments of the LG Urbane Watch 2nd Edition. The three stores I called only got in two of the black models each, so I made an effort to get to the AT&T store as soon as I could. I bought mine outright for $299, which is $200 cheaper than the identical Verizon model. There hasn’t been an explanation as to why Verizon charges a full $200 more, but at $299 from AT&T I had nothing to complain about. In order to use LTE on my 2nd generation Urbane, I needed to add a smartwatch to my mobile share plan at $10 dollars a month which can be cancelled at anytime. If you want to save $100 upfront you can sign up at AT&T for a 2-year contract, or you could pay $15 per month for 20 months on AT&T Next as well.

When I opened the box and turned on the Urbane, I could instantly tell how gorgeous the 480×480 P-OLED display was. At 348ppi the Urbane LTE is super clear and reminds me of why I love OLED displays. The rich colors and true blacks in combination with the high resolution display actually make this look like it is an actual watch with the display always on. LG supplies quite a few well designed watch faces, and my personal favorites are the “Hiking” and “Sports” watch faces. The “hiking” watch face has a functioning compass and altimeter and it looks great. When the watch face goes into the always on mode, when it is sitting on your wrist at your side, the compass and altimeter disappear only to reappear when you bring your watch up to look at it.

This feature not only saves battery, but it also gives the watch a classic watch look and I love it. LCD displays simply don’t have the viewing angles that OLED displays have and if you have a Samsung Galaxy device or Nexus 6 or 6P, you know what I am talking about. This is the best display you can get on an Android Wear device today.

It’s hard to truly test the performance of any device in 24-hours, but so far everything has been great. There hasn’t been any odd stutters and Android performs brilliantly on this watch. I streamed music to by Jabra Sport Pace wireless earbuds last night and this morning for my workouts.

I called my mom last night from my watch and it gets really loud. She also had no issues hearing me loud and clear, although I did find it awkward holding my watch up to my mouth to talk. That was a first for me, and it made me feel a little like Dick Tracy, but after a few minutes the weird feeling wore off. I grew up watching old Dick Tracy cartoons, and it is kind of mind boggling that watches can now serve as phones. That was always a fantasy to me as a kid.

My only hesitation when I read a bit about the 2nd gen. Urbane was that it was going to be really big. To my pleasant surprise it is no bigger than the Moto 360, but with the rubberized watch band it is really comfortable. I definitely like decent sized watches though, as I have a Rolex Submariner which is pretty weighty and a couple other watches with watch faces over 44mm. The Urbane watch face measures at 45.5mm which is a normal size for a men’s sports watch these days. It really does feel like a real watch which is very important to me. 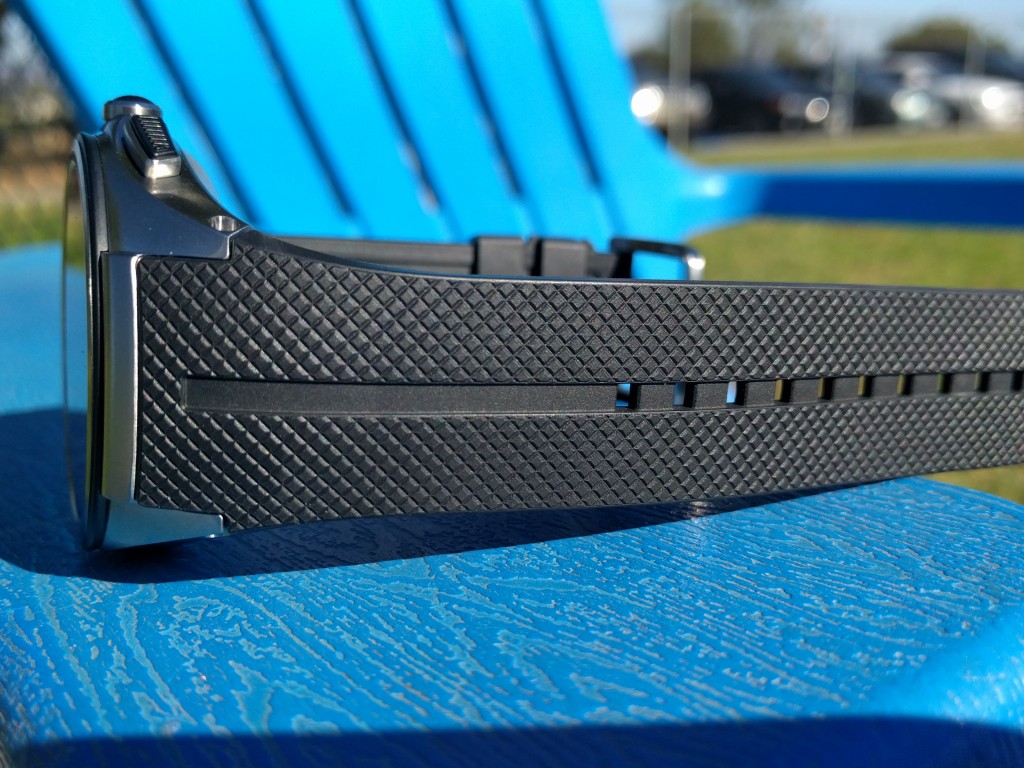 Real watches feel comfortable as you wear them all day. If you’ve ever worn a G-Shock, the Urbane LTE feels very similar to that. It might look big but it is definitely comfortable.

It’s been less than 24 hours that I have been using the LG Urbane 2nd Edition watch, but I am already head over heels for it. First and foremost it is super comfortable to wear. Second it looks absolutely stunning. Third, for $300 it is cheaper than other Android wear watches without LTE support. Fourth, it runs Android Marshmallow and can make phone calls, stream Bluetooth music to my Jabra earbuds, send text messages and can give me directions via Google Maps.Fifth, the 2nd generation Urbane can look classy or sporty. If I want a classy look I just have to switch the watch face to the Classic look, and if I want something sporty I just have to change the face to the Sports look.

What was once a fantasy with Dick Tracy is now a reality and I love it. If you’re on T-Mobile you are out of luck, but if you’re a Verizon customer you can click here to learn more. If you’re an AT&T customer, click here. If you want to check out the official website at LG, click here.