Last week, LG teased an interesting (or disturbing, if you watched the teaser video) upcoming smartphone due on Oct. 1st. We could tell that there will be some sort of separate “ticker” display, perhaps similar to what Samsung offers on the “Edge” phones.

Today, we may have a first leak at that device, courtesy of Evan Blass at @evleaks. Via Twitter, he tweeted the following image, referred to as the LG V10. 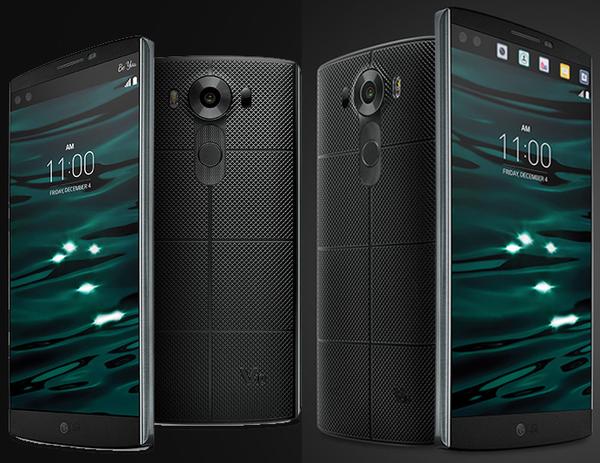 It’s unsure if “V10” is the name the new phone will bear. However, this shot looks like a promo pic and has “V10” etched on the back cover. The back cover is also uniquely tiled and looks really grippy.

At the top of the display we can in fact see that “ticker” display, along with what appears to be app shortcuts (maybe a favorite apps list). Alongside, we also see what looks like two camera sensors. Maybe this is a duo camera for depth controlling selfies? Beats me.  Fortunately, we only have to wait a day to know.

Does the V10 peak your interest, or do you think LG has gone off the deep end?