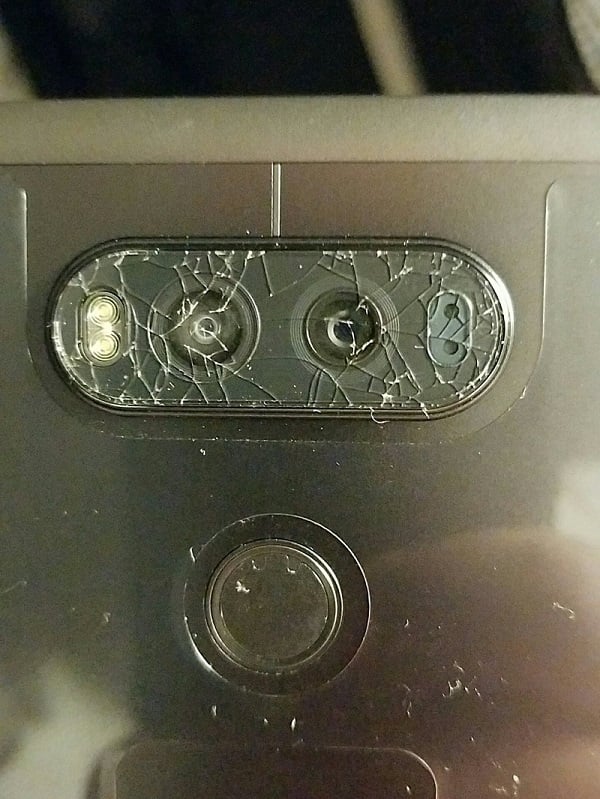 The LG V20 has just started shipping out to eager customers who pre-ordered the device. Now a handful of early V20 adopters have already taken to Reddit to report an issue with the premium smartphone -the glass covering the main camera has proven to be extremely fragile.

The LG V20 is a stunning smartphone bundled with high-end specifications worthy to be considered as a replacement by Samsung Note7 refugees.

One of the most interesting characteristics of the LG V20 is the main camera which is actually a dual-camera system with 16MP f/1.8 and 8MP f/2.4 lenses. The setup features laser and phase detection autofocus and 2x optical zoom. The snapper also takes advantage of optical image stabilization and a dual LED flash.

Camera tech is one of the fastest advancing areas in mobile phone development, sometimes at the disadvantage of the design of the phone itself. This reality compels phone makers to launch phones with cameras bulging out of the back, which means the snapper is now more exposed to the elements. 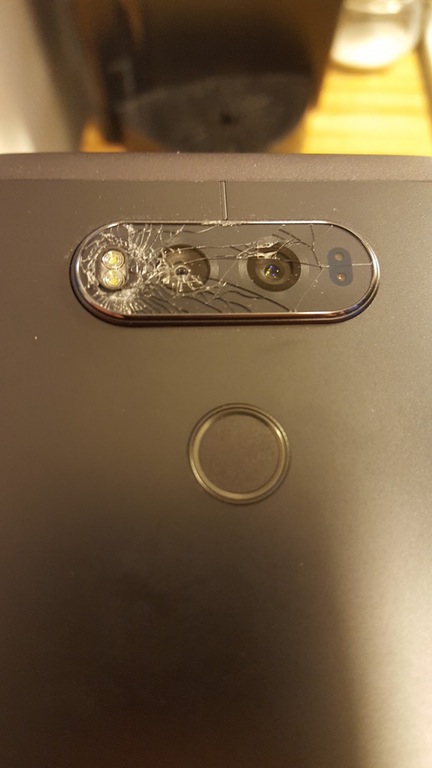 Unlike Apple, LG doesn’t use sapphire glass on the V20, which in turn makes the camera more vulnerable, as a few Reddit users have found.

One user reports he found the camera glass cover cracked after leaving the LED flash on too long. Another user claims the glass protecting the camera on his LG V20 broke for no obvious reason. He says he does not recall dropping the phone and that he requested a replacement with Verizon and was awarded one.

Another testimony that the V20 camera can be damaged quite easily comes from YouTube user, JerryRigEverything who removed the protective film on the back of the phone. Since the phone doesn’t take advantage of sapphire glass, the glass was scratched then shattered a few seconds later.

While these reports indicate that at least some parts of the V20 are prone to be damaged, we don’t believe it is reason enough for users to skip the LG V20 altogether. After all, it’s common sense to be extra careful when using a $800 phone.

As mentioned above, the LG V20 comes with a set of tremendous specs. The phone features a spacious 5.7-inch touchscreen display with 1440 x 2560-pixel resolution and 531ppi.

The phone is powered by a Snapdragon 820 processor clocked at 1.6GHz working side by side with 4GB of RAM and 32GB of internal storage (the microSD card allows for expansion to 256GB). The V20 is powered by a 3,200 mAh battery and comes with Android 7.0 pre-installed.