After months of leaks and teasers, the LG V30 is finally official. It’s the first smartphone from the V-series to come without a secondary ticker display which has been replaced by a more elegant floating bar software solution.

Visually, the LG V30 looks quite stunning. It features the same edge-to-edge FullVision display with 18:9 aspect ratio of the LG G6. However, instead of an IPS LCD panel, customers will get a more vibrant 6-inch OLED display instead. 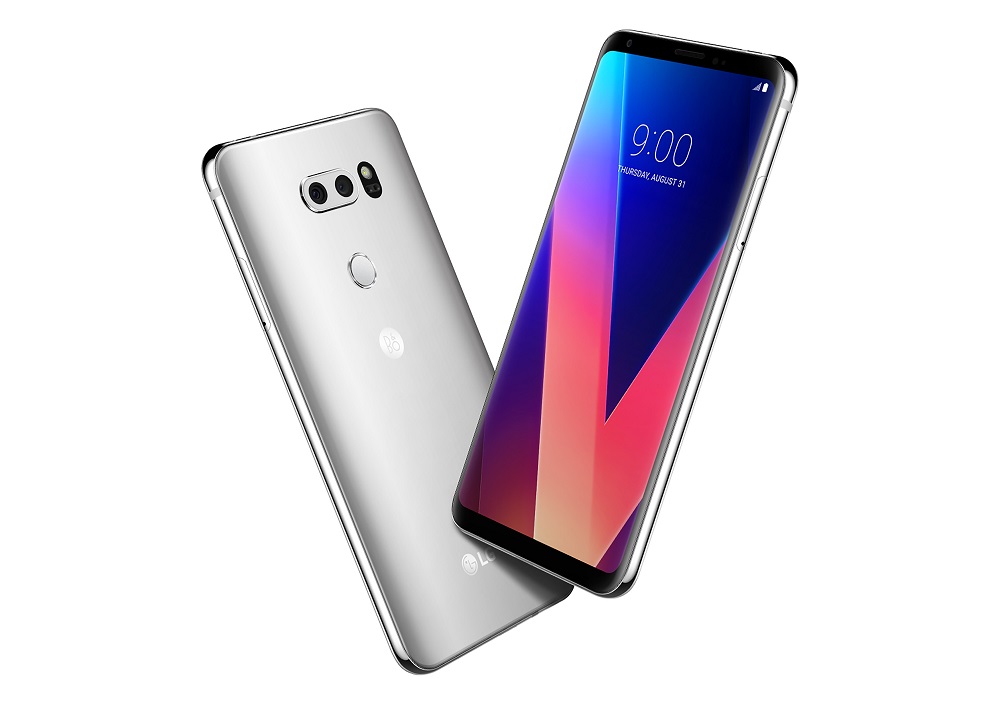 The LG V30 boasts a curved glass front and back, as well as the polished metal frame, but also comes with IP68 certification, which means it is dust- and water-resistant. LG notes the phone has passed 14 categories of the MIL-STD 810G Transit Drop Test, making it making it compliant for military operations.

The V30 is the first LG phone to come with a Snapdragon 835 processor out of the box, which is aided by 4GB of RAM and 64GB or 128GB of storage (microSD card slot available for memory expansion up to 2TB). The phablet relies on a 3,300 mAh battery.

Now that we’ve taken the raw specs out of the equation, we can tell you more about what makes the LG V30 special:

Like its predecessor, the V30 will bring real joy to audiophiles. The phone includes an innovative Hi-Fi DAC feature which has been developed in partnership with California-based ESS Technology to bring features such as digital filters and sound presets for clearer audio even with average headphones.

LG has also collaborated with B&O Play (a Bang & Olufsen company) to fine-tune the overall sound experience. It’s worth mentioning the V30 will also be an excellent device to record audio with, as the handset comes with an audio receiver that also doubles as a microphone.

LG is putting a bigger emphasis on video with this year’s V30. To that end, it has implemented a series of new software features like Cine Video which allows users to apply movie-grade hues and filters to videos and photos for a more professional look. We also have Point Zoom (part of Cine Video) – a tool which lets you zoom into any part of the video.

Last but not least, Cine Log lets users capture a wide dynamic range and color gamut, record video with log gamma curve and save the details for later editing.

Following tradition, the LG V30 comes with a dual-camera setup which this year pairs a 16-megapixel primary sensor with a large f/1.6 aperture and phase detection autofocus with a 13-megapixel wide-angle shooter with f/1.9 and a 120-degree field of view.

An updated Camera app has been included to help users take better photos. For example, there’s a new feature called Graphy which is basically a database of images taken by professional photographers. If you see an image you fancy and you’d like to be able to shoot in this manner, now you’ll be able to do just that by choosing that particular style for your photos (before or after you’ve taken them).

When it comes to selfies, the LG V30 sports a 5-megapixel secondary shooter.

As we mentioned above, the LG V30 does away with the secondary ticker display in favor of a floating bar which houses shortcuts for things like Settings, Notes and so on. Users can bring up the Floating Bar by swiping from the edge of the display.

Furthermore, the LG V30 also features an upgraded version of LG G6’s always-on-display that can show more than time and notifications. You can choose to have it display other things such as Quick Tools, Music Player or a personal photo.

Since we’re on the topic of software, we should also note that LG has added two new face unlock and voice unlock features. The V30 also comes with the Google Assistant.

The phone which also supports wireless charging will be available in Aurora Black, Cloud Silver, Moroccan Blue and Lavender Violet. Information about pricing and availability will be revealed soon. What we can tell you is that the phone will arrive in South Korea on September 21.