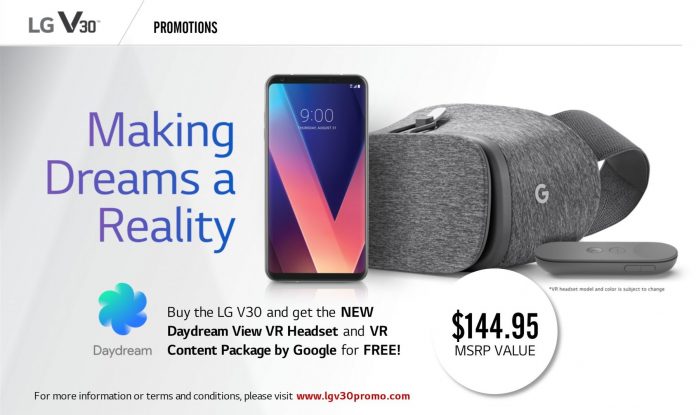 Thinking of buying the new and shiny LG V30? While the phone is yet to go on sale in the United States, it seems it won’t be long before customers in the country we’ll be able to (pre-)order one. And the good news is that the new flagship will be offered with some incentives.

As revealed in a tweet by frequent leakster Evan Blass, the LG V30 will ship out to customers alongside Google’s new and refreshed Daydream View headset (which leaked a few days ago) + a VR Content Package by Google. The poster also reveals the new VR headset is probably going to cost $144.95 if purchased independently of the LG V30.

But wait there’s more good news for those of you who have their hearts set on the V30. According to a promo video released by AT&T (which got removed), the LG V30 will come with a two-year warranty. Most phones sold in the US come with a one-year warranty, but a few months back LG announced it was upgrading the warranty of its G6 flagship from one year to two –  all for free. Now it looks like the “second-year promise” will be applied to the new V30 too. 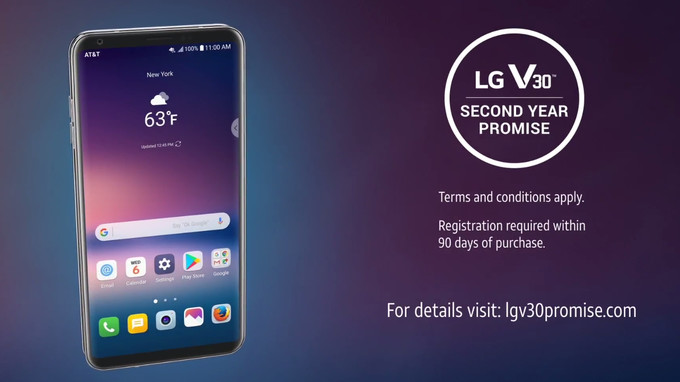 Right now we don’t know when the LG V30 will launch in the US. The phone is already on sale in South Korea, but it’s expected the new flagship will land in the US this October. Another unknown in this equation is pricing. Although, LG’s own sweepstakes seems to have confirmed the device will be sold for $750.