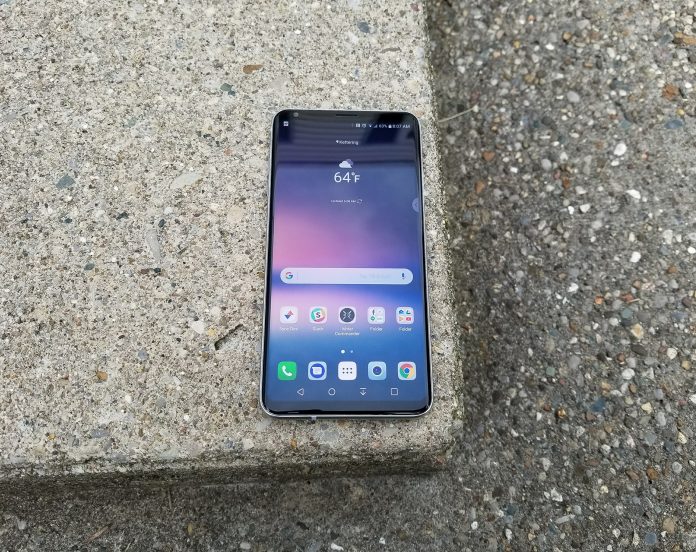 While we are waiting to see LG’s proper 2018 flagship, the company’s 2017 devices are seeing some updates. Most notably, the Verizon LG V30 has been updated to include some “ThinQ” branding.

For those who may not remember, LG unveiled the LG V30S ThinQ at MWC 2018. This was more of a placeholder since the LG G7 ThinQ was not ready for primetime just yet.

Instead, the V30S ThinQ is a device that includes more of a focus on AI-enhancements. These include different features for overall integrations, along with a new AI-enhanced camera.

With this update coming to Verizon V30 owners, your device will now sport a boot screen with the “LG V30 ThinQ” branding. It’s likely that you will see the branding crop up in different places after the update has been applied.

Verizon has already shared the official changelog, which reveals an “update” to the March Security patch. Sure, we’re not at the end of April or anything, but something is better than nothing.

This software update for your LG V30 includes the AI Camera, a new startup screen, and the latest security patches.

AI Cam
AI Cam analyzes subjects in your frame and recommends one of 4 different filters. Each filter enhances the characteristics of the scene, optimizing contrast, saturation and color.

Recommendations are based on these 8 categories: people, pets, food, flowers, city, landscape (sea/sky), sunset or sunrise.”

Let us know if you’ve received this update on your device. After it has been downloaded, be sure to share whether you see any major improvements with the inclusion of the “ThinQ” features.