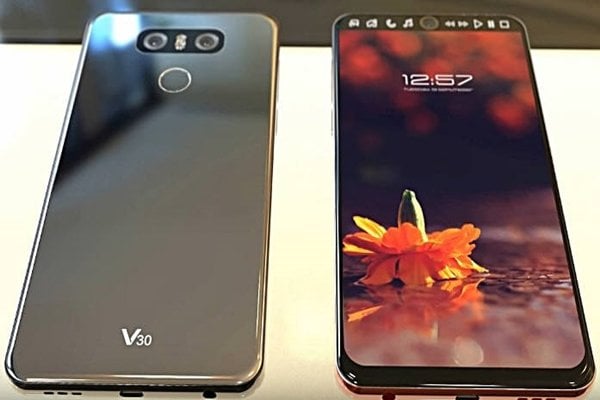 A recent report mainly focusing on the Samsung Galaxy Note 8 also revealed the LG V30 might be unveiled sometime in October.

Well according to the most recent info, the LG V30 will arrive a bit sooner. ETNews tells us LG’s second flagship for 2017 will make a debut a day before the IFA 2017 tradeshow starts off in Berlin on September 1.

We’re told the LG V30 is going to be quite different than its predecessor in terms of design (but the secondary display will live on) and instead will bear a stark resemblance to the LG G6.

The phone will also pack one of LG’s own OLED displays, a dual-camera setup, a new ESS Quad DAC and 3.5mm headphone jack. Interestingly, the current report expects the phone to run on a Snapdragon 835 processor, although we recently heard the device will take advantage of the revised Snapdragon 836 version instead.

Furthermore, the handset will be offered with three storage options including 32GB, 64GB, and 128GB. Unlike the V20, the V30 won’t have a removable battery which is probably because the phone will be water and dust resistant.

The LG V30 is said to go up for pre-order in South Korea immediately after its announcement for a price tag of approximately $700. It will probably officially launch in the country a month later, while worldwide availability coming in October.

If the current report is correct, the LG V30 will arrive a few days after Samsung Galaxy Note 8 launch. The recent leaks suggest the Korean tech giant might intro the phablet during an event in New York on August 26.