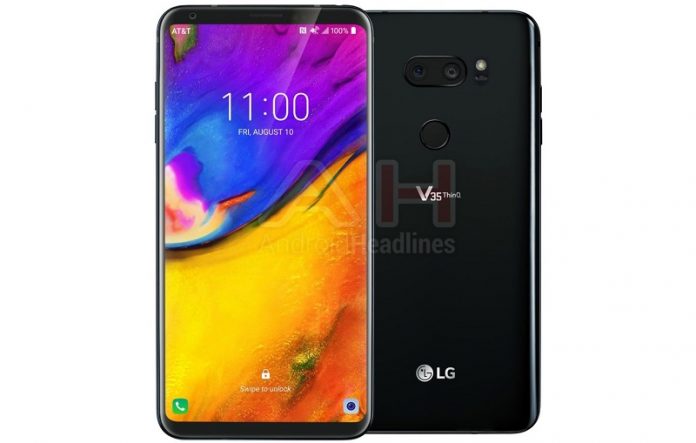 But there’s a notable absentee here and that’s AT&T. According to previous rumors, the carrier will offer a new LG phone called the V35 ThinQ instead of the G7.

Now a new report published on ETNews claims the phone will be released in Korea next month, alongside two entry-level models, the X2 and X5.

LG is having a busy summer

The LG V35 ThinQ will be a premium handset featuring a Snapdragon 845 processor, 6GB of RAM and 64GB of storage. Additionally, the flagship is expected to boast a dual 16-megapixel camera and an 8-megapixel selfie snapper with f/1.9 aperture.

The phone will come with Android 8.0 Oreo and will include a 3,300 mAh battery. In contrast, the G7 ThinQ relies on a smaller 3,000 mAh power source. The report also says the phone will be offered in an Aurora Black color.

Interestingly, ETNews does not mention anything about an international release, nor does it call the phone the LG V35 ThinQ, but simply the LG V35. Could it be that the flagship will go on sale as the V35 ThinQ only in the US/Western market? We’ll just have to wait and see.

As for the other two entry-level models, they should come with 5-inch and 5.5-inch displays respectively. Both will offer 720p resolution, 2GB of RAM and 32GB of storage. The X2 is based on a Snapdragon 425, while the X5 harnesses the power of a MediaTek MT6750 chipset.

But while the X2 includes a modest 2,410 mAh battery, the X5 comes with a huge 4,500 mAh battery. The first should go on sale in South Korea for approximately $185, while the second will have a price tag around $275.

A few days ago LG announced the Q7 family and the current report says the Q7 and Q7+ models will also go on sale in June in Korea.