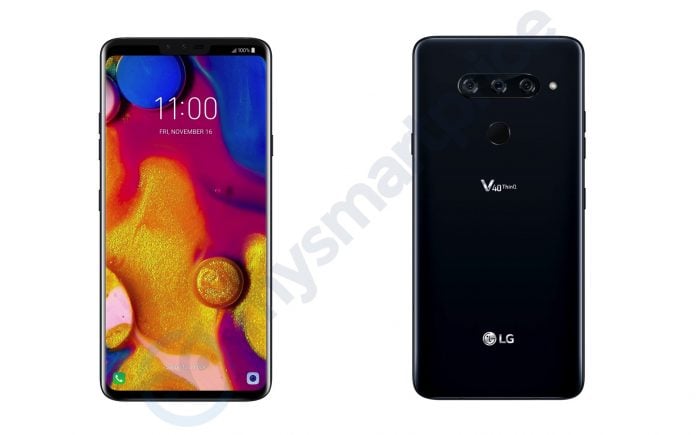 Say cheese, we now have some press renders of the new LG V40 showing off its five-camera setup. This leak happens right after the Pixel 3 XL leak we had yesterday, reminding us it isn’t the only flagship on the way. Unfortunately, we also have to take a second to mourn as we’ve lost another fine phone to the notch.

While you might not notice it at first glance, upon further inspection, you do indeed see there is a notch. There are just black bars in software hiding this eyesore.

As an added bonus we also get a chin bezel on the bottom of the phone, because Android manufacturers can’t even make a proper knockoff of the iPhone X. While LG was jumping on trends I guess we should just be thankful the V40 is keeping the headphone jack.

As for the five cameras, we finally get a look at the layout showing three lenses on the back and two on the front. The third lens on the back is speculated to be a zoom lens. That would make sense giving the LG V40 a better performing portrait mode. While at the same time keeping the traditional standard and super wide angle camera they are known for.

It will be interesting to see how they decide to utilize the two front-facing cameras. Will it be another standard and telephoto for portrait style photos? Perhaps they could bring back the standard and super wide lenses the V-series used in previous models. 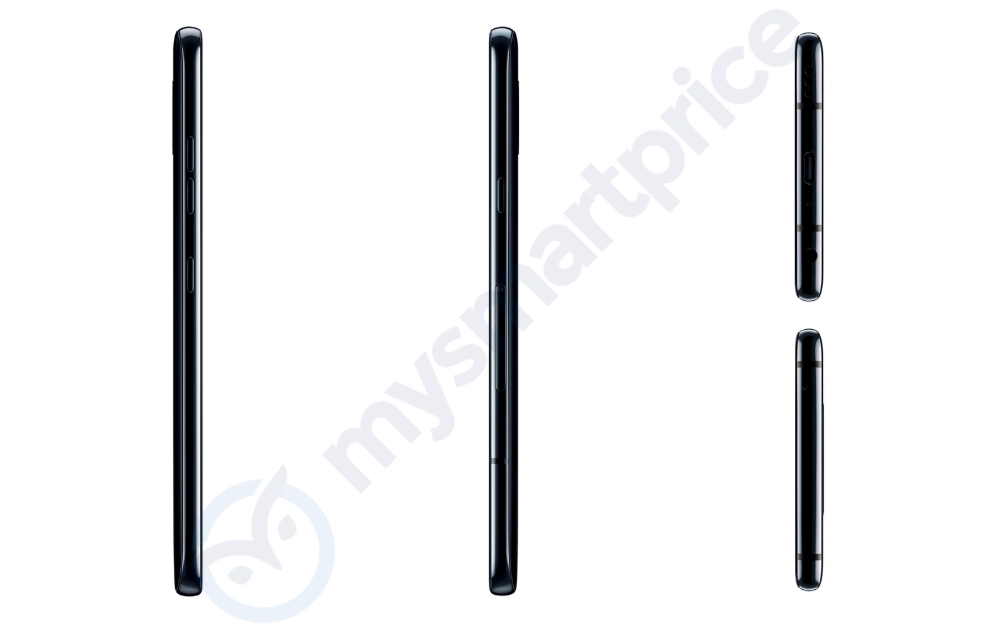 A couple more design elements stolen from the LG G7 besides the notch are shown off in the renders. For instance, we see a button on the left side presumably for Google Assistant. Then on the right side is the power button which has been moved out of the fingerprint sensor on the back.

As for now, most of the other specs are up in the air. The LG V40 is expected to use the latest Snapdragon 845 like all the other flagships out this year. Beyond that, we are left guessing at what else could be inside.

Either way, it looks like we might find out November 16th if the date on the lock screen is anything to go by.