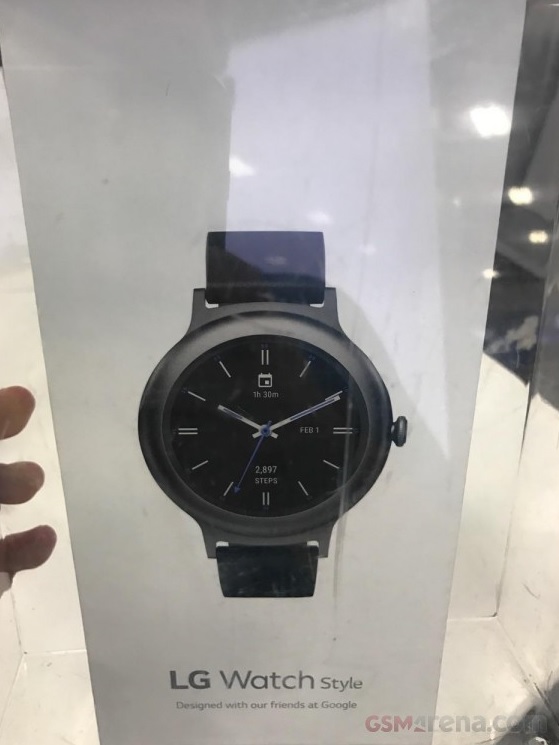 Remember that we previously told you that LG’s upcoming Android Wear 2.0 smartwatches, the LG Watch Sport and LG Watch Style were expected to make a debut on February 9.

Now, according to info coming from well-known leakster @evleaks, it appears that the two wearables will be making a debut a day earlier – on February 8.

Update: the launch of both the watches and the platform have been moved up a day, to February 8th.

While we wait on that, GSM Arena got a hold of a few live images of LG Watch Style’s packaging all thanks to a BestBuy employee.

The LG Watch Style is the entry level version of the two watches expected to make a debut soon. As you can see in the pictures, the watch will be offered with straps of either 20mm or 22mm width. We can see the wearable features a single button on the right side and what appears to be a black rubber strap.

Based on previous leaks, we pretty much know what the two smartwatches are supposed to bring to the table. Here’s what we should expect.

We also expect the LG Watch Sport to start selling for $349, just like the Samsung Gear S3. As for the LG Watch Style, the more affordable version should arrive with a $249 price-tag attached to it. Are you getting one?