LG Electronics announced a Disney-themed smartphone in Japan on Monday. This high-end smartphone will be sold exclusively by Japan’s most popular mobile carrier, NTT DoCoMo. The LG smartphone has been dubbed the DM-01 and is the eighth Disney mobile device on the company’s lineup. 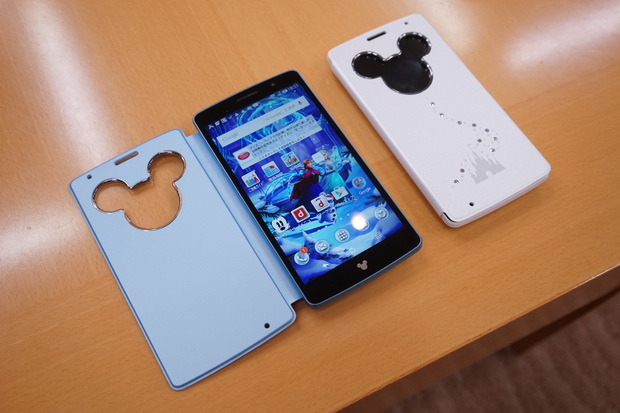 It also comes with a custom designed Mickey Mouse smart-cover that has cutouts in the shape of Mickey’s head. This is  similar to LG’s Quick Circle cases found in its G series of smartphones. The “Wow” factor of the cover is the Swarovski crystals that are on the front which can be seen rising from Cinderella’s castle all the way up to Mickey’s head. The cover is available in multiple color options such as Pink, Blue and White. 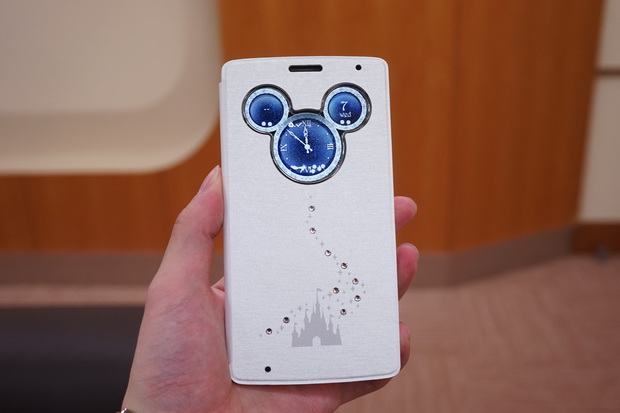 The Disney phone runs on Android 5.0 Lollipop with LG’s custom UI on top and contains a collection of themes including “Frozen”, “Cinderella” and “Alice in Wonderland” for fans to choose from. It will also come bundled with LG’s trademarked features like the “Gesture Shot”, which allows users to take photos by curling one’s fingers into their palm while facing the camera.

There is no word on pricing or availability in other parts of the world yet, but it sure looks like fantasy filled treat for all Disney fans in Japan.

Would you buy this smartphone if it’s released in your country? or will you harass a Japanese friend to ship it to you? Let us know in the comment section below!