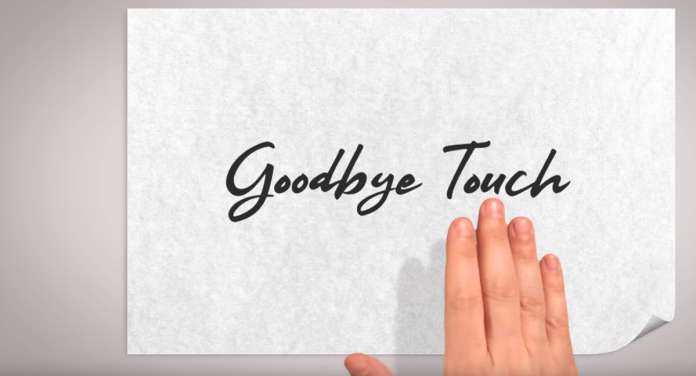 Goodbye touch. It was fun while it lasted.

LG is expected to launch a phone that relies heavily on gesture-based controls, or so we might assume. A new, 13-second video surfacing on YouTube with the tagline of “goodbye touch” tells us something interesting is on the horizon for next month.

The video shows a hand waving left and right, bringing messages into and out of frame. Ultimately ending with “LG Premiere” and a save-the-date note for February 24, it’s fairly safe to assume that this is the name of the device and its arrival date.

We don’t have any indication as to how much LG will tap into gestures for a phone. Where it works, how it works, and whether it’s system-wide remains to be seen.

This is definitely not the first time a phone maker has integrated gestures; Samsung offered in its Galaxy S4 nearly six years back.

Mobile World Congress takes place in late February is the venue of choice for handset manufacturers to introduce flagship phones. LG and Samsung have historically used MWC to bring out their latest and greatest.

With but a month to go before the annual trade show kicks off there’s a good chance that more details will surface soon. Unless LG keeps a really tight lip on its Premiere, that is.