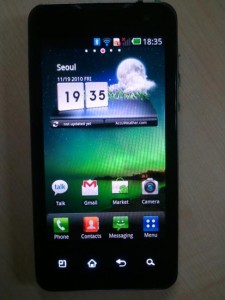 Remember the LG Star? That device that popped up a few weeks ago in some leaked pictures? Well, it’s back and looking better than ever! As if the specs weren’t enough, maybe the newest leaked photos will sway you to pick up this bad boy whenever it hits stores. We get some especially good shots of that screen, but it’s not looking like 4 inches to me. No word on what technology it is, but it sure does show off the colors well. 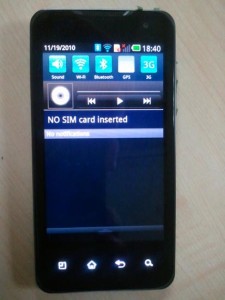 We also see some notification bar controls, including Sound, WiFi, Bluetooth, GPS, and 3G, as well as some music control functionality. Pretty handy tools to have at your fingertips, no? And the 3G toggle matches up with rumors that the Star is headed to T-mobile next year, although I’ve never heard of an HSPA+ phone that allows you to turn off HSPA+ and only use 3G.

Oh, and if you’re doubting the processor power, take a look at the benchmark photo below. Still not convinced? 2.2 is apparently what’s running in these photos, but Gingerbread will likely be loaded onto final versions. We also learn that the Star has an HDMI out port, so you can watch HD videos on your HDTV, in HD. I think that’s enough redundancy for one day. Still no word on an official release date or price, but we’ll keep you updated. Thanks to the guys over at PhoneDog for the tip. 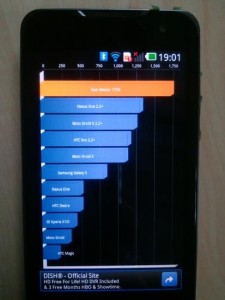