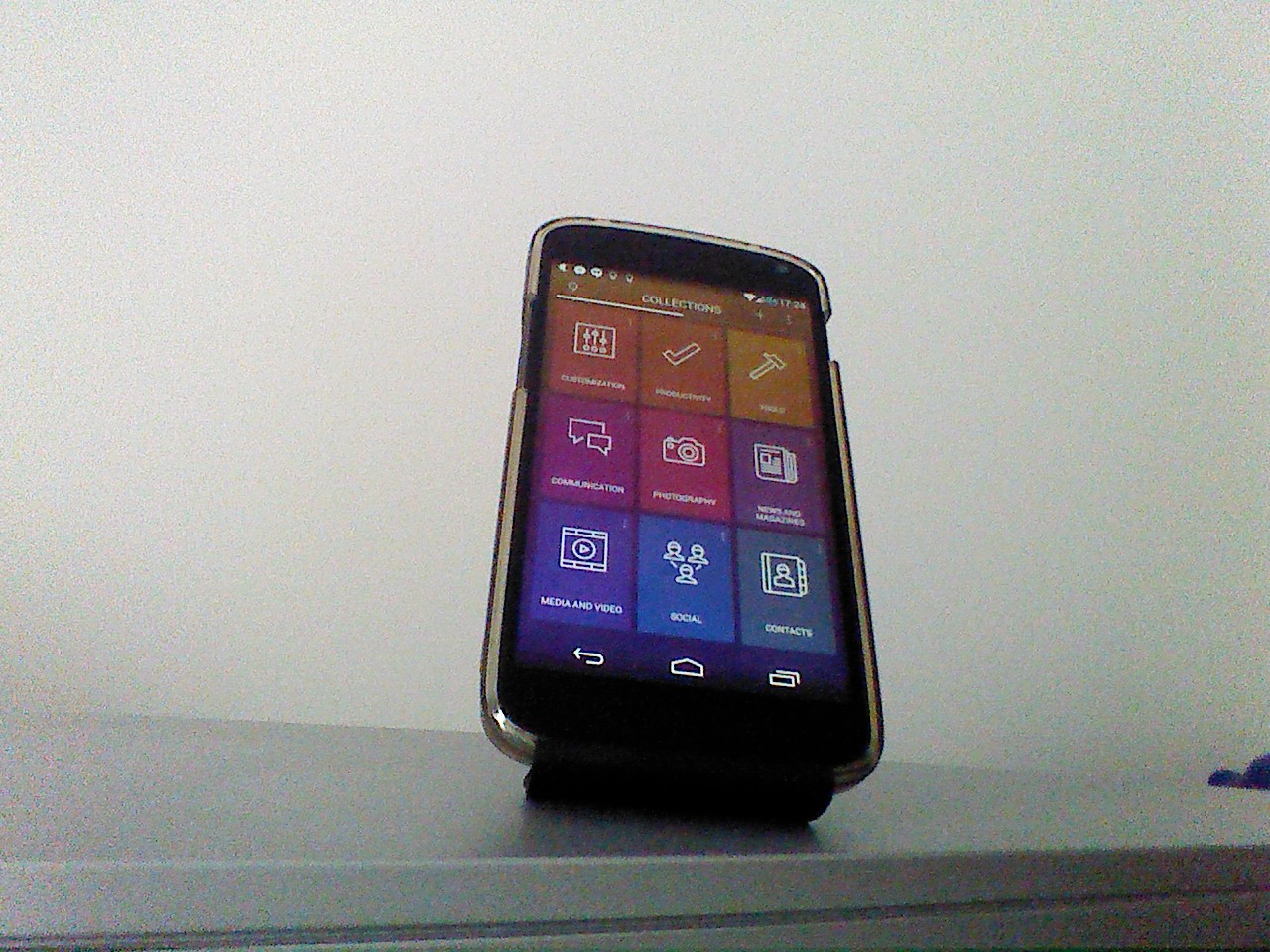 There are lots of launchers for Android devices and that’s the beauty of Android. Different people prefer different things. You might be content with the launcher you got with your device, on the other hand you might want a different approach to Android, which is fine, more than fine actually. 9 Cards Home Launcher is one of those launchers which complement the current launcher you’re using.

After you install and run this app it will ask you which Gmail account you’d like to use after which it will start sorting your apps and what not. After it’s done you’ll see a grid of 9 cards on the screen, in each card will be an application. You can add more apps in certain categories which you’ll access by swiping from bottom up in order to call the 2nd screen in which you’ll also see 9 cards. By horizontally swiping the screen you’ll access different categories, like Home, Contacts, Social, Photography etc. You can of course edit these categories as you please or simply create new ones, it’s up to you. By swiping from top to bottom you’ll see a list of all your categories and by doing that motion while on that screen it will exit the app. 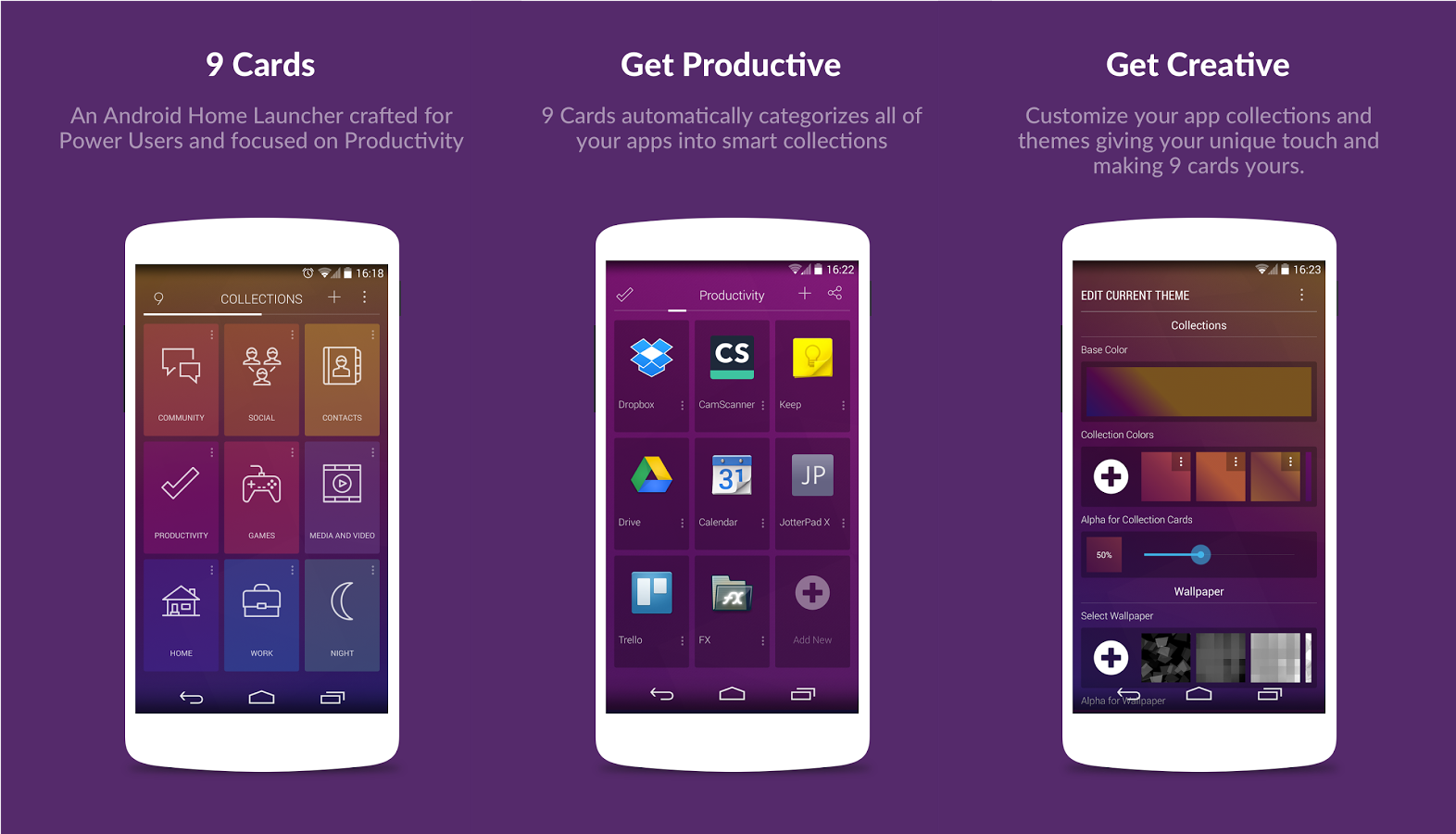 As we said, this 9 Cards Home Launcher only complements your current launcher. When you exit this app you can call it up by manually opening the app or swiping up from your on-screen home button (Google Now motion), if you decide to set it that way. You can also for example set the launcher to use something called “Quick Drag Gesture” while you’re using your default launcher. This motion can be set on a part of the screen, if you swipe from that portion of the screen you’ll get a narrow vertical bar on the right where you’ll see a bunch of little squares which contain your collections. 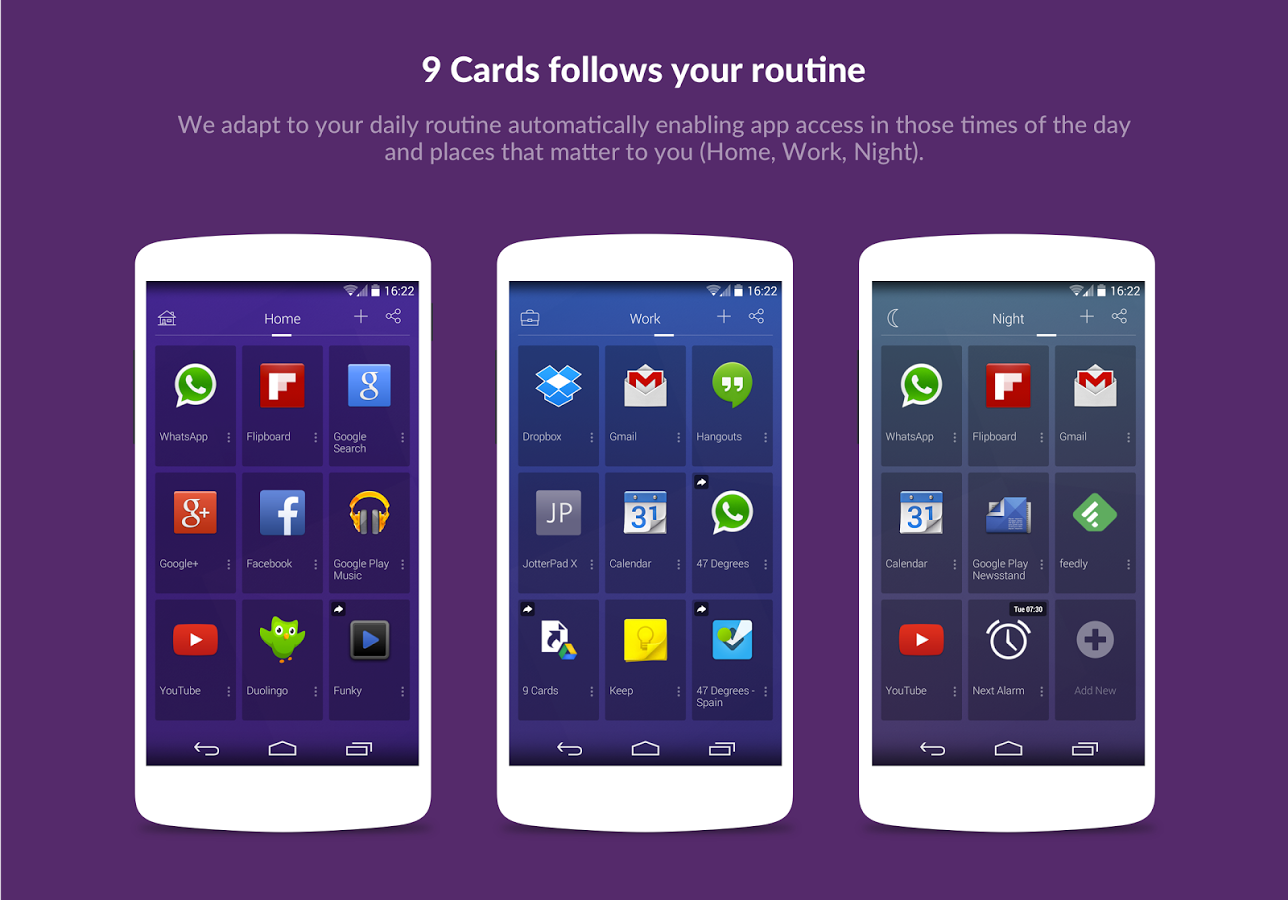 This app has some extra features as well, but we can’t talk about all of them. It also has a pro version which will give you even more features of course. You’ll have to try it out in order to see if you like it or not, the app works rather well, we didn’t have any issues during testing. You can get it if you follow the link below.