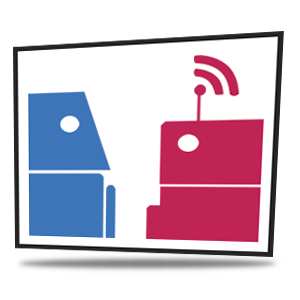 As you likely know by now, we have this little podcast thing that we do every Thursday night here at AndroidGuys. Well, it’s become pretty popular as of late… so popular in fact that members in the Android community have asked to use it as a forum for making announcements to other Android users and the public in general. I am always more than happy to oblige, and take a certain pride in knowing that the AndroidGuys Thursday Nights podcast has become a resource and advocate for the community.

That being said, I am very pleased to announce that Kyle from TheDroidGuy will be on the show tonight to give all of the details regarding his BIGGEST ANDROID CONTEST EVER. Yes, this contest is big. Yes, the prize is big. No, it’s not a handset. Yes, I wish I were eligible. Seriously, if you are any type of fan of Android (and I hope you are as you’re reading this), you need to be listening live tonight.

We have another BIG announcement on the show tonight as well. AndroidGuys is releasing a new feature that ties in with the site and we need beta testers. Everyone that is in the chatroom tonight will have an opportunity to beta test our newest feature. You are going to really dig where we’re going. It’s another step towards being your primary source for Android news.

To celebrate the launch of this new feature, we’re very happy to say that tonights show will be sponsored by the AndroidGuys 2+ App from the market. We’ll be giving away free copies of the app during the show. What’s so great about that? You can listen to our entire archive of podcasts on there, you can get a nice widget for your home screen that has a feed of new articles, and other great features.

A brief history of the Samsung Galaxy S series [Infographic]

We've gathered a number of great offers from wireless providers. All of them share one thing in common: they're cheap plans that use the Verizon network.
Advertisements
Advertisements

We've gathered a number of great offers from wireless providers. All of them share one thing in common: they're cheap plans that use the Verizon network.