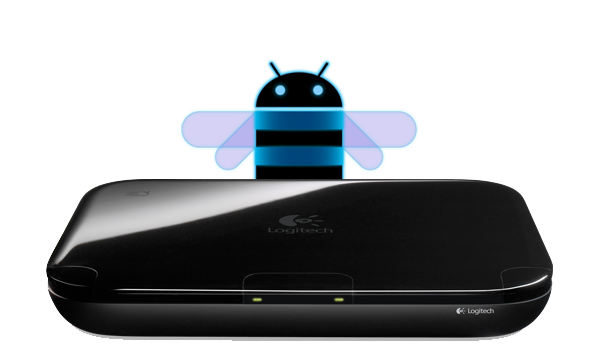 Logitech confirmed today that the Android 3.1 update has been initiated for Google TV Revue units. Speaking from the official blog, Logitech’s Vice President and General Manager, Digital Home Group, Ashish Arora, tells us that existing users should be on the lookout for a notification on the screen. New buyers and users, on the other hand, will be prompted to grab the Honeycomb update upon setup.

Some of the key developments include more entertainment choices such as access to Android Market; faster and more comprehensive search and browse capabilities; a simplified user interface, and improvements to the Logitech Media Player. With the Android Market now available through your Logitech Revue, you’ll get new and useful apps all the time, such as the new Google Music app, making your Logitech Revue the fastest growing entertainment hub in your living room.

Are you one of the Logitech Revue owners who have (im)patiently waiting for this update?  How does it feel to finally know that your Google TV experience is about to get significantly better?  Maybe you’ve been holding off getting a Revue until this update arrived?  Are you ready to part with $100 now?