If you’ve never used LogMeIn, you’re missing out. LogMeIn’s Ignition Android app allows users to view their desktops from an Android device. Until now, it was only designed with smartphones in mind. But LogMeIn has recognized the tablet trend, and they’re not wasting any time. They’ve released an update to their app, and there’s some new features that work on either an Android phone or Android tablet, but they’re built with tablets in mind. Check out the short video after the break, which demonstrates some of the new features.

The update is free to those that already have the LogMeIn app, so head on over to the Market and download it, or scan the QR code, also below. Let us know what you think by leaving a comment! 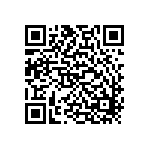 WOBURN, Mass., Jan. 12, 2011 (GLOBE NEWSWIRE) — LogMeIn, Inc. (Nasdaq:LOGM) just unveiled a new version of its popular remote access app, LogMeIn Ignition, that is optimized for Android tablets. Available as a free update to existing LogMeIn Ignition for Android users, the app is designed to take advantage of popular new Android tablets like the Samsung Galaxy Tab, and introduces a variety of new features for tablet and/or Android smartphone users. These include capabilities like Wake-On-LAN, remote sound, multi-monitor support, and more. Once purchased and downloaded from either the Android Market or the Verizon V CAST app store1, a single instance of the app can be used across any of a user’s supported Android devices (i.e. multiple smartphones and tablets).
LogMeIn Ignition lets users remotely access and control PCs or Macs directly from a mobile device or tablet, providing easy access to files, data and applications, from virtually anywhere with an Internet connection. The Android version of Ignition, released in July 2010, is among the top paid productivity apps in the Android Market. The iPad optimized version of the app, released in April 2010, is among the highest grossing apps in the Apple App Store. A video demonstration of the app running on an Android tablet is available on LogMeIn’s YouTube channel, as well as LogMeIn’s product blog.
Research firm Gartner predicts that tablet shipments will reach 54.8 million units in 2011 and forecasts tablet shipments to exceed 208 million units in 2014.  Samsung reported in early December that the new Samsung Galaxy Tab had surpassed the one million units sold mark, less than two months after the device first went on sale.
“The growing popularity of tablets has introduced new demand for utilizing the capabilities of a user’s PC or Mac, while also benefiting from the mobility and flexibility benefits derived from tablets. LogMeIn Ignition for Android offers a best of both worlds approach, blending mobility with performance,” said Andrew Burton, LogMeIn’s vice president, Access & Management. “Our goal is simple: Give our users the freedom to access their entire digital world from virtually anywhere.”
In addition to tablet support, the latest LogMeIn Ignition for Android update includes:

Pricing and availability
The LogMeIn Ignition for Android app can be downloaded from Google’s Android Market and the Verizon V CAST market for a one-time charge of $29.99. The update is freely available to existing Ignition for Android owners.
About LogMeIn, Inc.
LogMeIn (Nasdaq:LOGM) provides SaaS-based remote access, support and collaboration solutions to quickly, simply and securely connect millions of internet-enabled devices across the globe — computers, smartphones, iPad™ tablets, digital displays, and even in-dash computers of the Ford F-150 pick-up truck. Designed for consumers, mobile professionals and IT organizations, LogMeIn’s solutions empower over 10.4 million active users to connect more than 100 million devices. LogMeIn is based in Woburn, Massachusetts, USA, with offices in Australia, Hungary, the Netherlands, and the UK.
The LogMeIn, Inc. logo is available at http://www.globenewswire.com/newsroom/prs/?pkgid=6574
LogMeIn is a registered trademark of LogMeIn in the U.S. and other countries. iPad is a trademarks of Apple, Inc.; Android is a trademark of Google, Inc.; and Samsung Galaxy Tab is a trademark of Samsung Electronics Co., LTD. in the US and other countries around the world.
1 Availability of the LogMeIn Ignition for Android update containing Tablet, wake, and remote sound capabilities is pending standard review in the Verizon V CAST store and will be freely available via an update to existing Ignition for Android users once approved. [/spoiler] 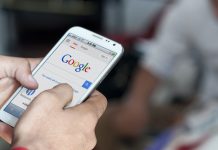