So, you have a shiny new Huawei Nexus 6P or LG Nexus 5X. How do you make the most of it? How do you protect it? It’s been hard sledding trying to find a wide range of accessories so far. These are by no means Samsung or Apple phones where you can find hundreds of cases, screen protectors, and cables in a ton of designs and variations.

In a previous post, I declared this USB Type-C dock my favorite Nexus accessory, but here are some more contenders for the crown.

This is a product I have on the way to my house right now from across the ocean, so I can’t give a first-hand 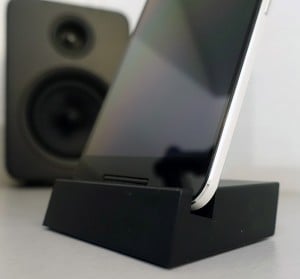 review of it. Users in the Nexus 6P subreddit do seem to like it though. You won’t be getting quick charging speeds from this dock, but that’s fine in my opinion. My phone almost never needs to charge rapidly when it’s sitting on my bedside table, but I would love a nice dock to keep it upright and easy to grab.

You can also daisy chain some cables using this dock. It comes with MicroUSB in and USB Type-A out, perfect for also charging your smartwatch. This dock is very light, so you may need to tape it down to keep it in place, and appears to be case friendly. And for $4,  you can’t beat the price.

For this dock, we’ve picked something a little more substantial. This USB Type-C dock has the Benson seal of approval, which means it will charge your phone rapidly and safely. If you don’t know who Benson is, he’s an engineer at Google who has taken the time to do a ton of product reviews to let the community know what cables and accessories are safe. Some cables don’t use the correct standard and can damage your battery when charging. You can check out his reviews here.

Back to the dock. This NXET dock has a USB Type-C connector that sits on a hinge so it won’t break off with when you grab your phone with a little bit of force. The dock is case friendly, and can also act as a data passthrough to a computer. Perfect for keeping on your desk at home or work. An AC adapter is NOT included here so to get rapid charging, be sure to use the one that came with your phone or another third party adapter that supports quick charging.

I’ve previously written about the next entry in our list in my post where I laid out why it’s my favorite accessory for the Nexus 6P. This USB Type-C dock is a little different from the first two. This dock, instead of giving you somewhere to charge your phone, lets you charge your friends’ phones.

The USB port on the Nexus 6P and 5X allow you to transfer power from your phone to a friend’s. If you have a USB Type-C to USB Type-C cable this is as easy as plugging the phones into each other. If you happen to have friends that use the older Micro USB or Apple’s Lightning connector, you can use an adapter like this to charge their phone.

This dock, in particular, has two USB Type-A and two USB Type-C ports out ports on it, but you can find other docks with things like card readers on them if that’s what you’re looking for. There are a lot of options here, most of them ranging between $20 and $30. I also picked up this cable with the heads for USB Type-C, Lightning, and Micro USB connections so I only need to carry one cable, no matter who needs some juice. 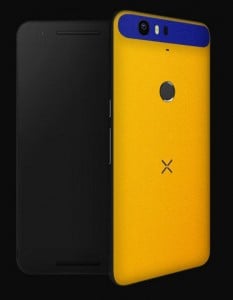 If you want to protect that phone from scratches, or give a new look without making it super bulky, a wrap may be in your future. Our own Derrick Miyao was not shy about telling us how much he thought of the dbrand copper skin last month. His exact words were “My Nexus 6P looks better than yours thanks to my dbrand copper skin”, and I have to agree with him.

dbrand just makes great products. I’ve owned at least a dozen of its skins because it make a ton of designs for a multitude of phones and accessory out there. Right now, you can head over to dbrand’s website and grab a skin for the back of your phone for $10. Crazy cheap.

It will let you customize your skin any way you want. If you want the cutout on the back to show the full Nexus branding, just the X or cover the entire backing, you can do that. You can also pick up a colored X in a ton of colors to make endless combinations or a multi-colored Nexus X. There are other companies that make wraps and skins, but dbrand is the best for a reason. Quality.

Cases are pretty subjective. People have their own personal tastes, and have to weigh the protection vs. looks aspect of each case to decide if it is for them. Here are a few of my favorites.

Verus makes a very nice hybrid case that has a strong bumper around the edges of the thin rubber case, and a raised lip over the front of the screen to protect your Nexus 6P from all sides. The design is refined and you’ll have no issue using your phone in any setting. 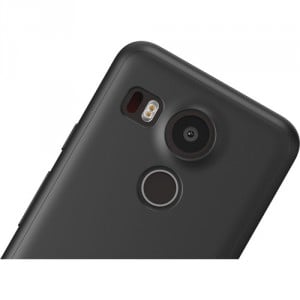 Adopted has been on the new Nexus hype train from the beginning. I ordered my Adopted case with my Nexus 6P, and have loved it ever since. Here is the same Adopted case for the Nexus 5X. It provides a lot of protection without bulking up the phone, or hitting your bank account too hard. I can definitely recommend this case from personal use.

This listing is for the Carbon version of the case, but Adopted also has the Quartz version. The Quartz case is pretty cool, but costs about double. The Carbon case is made from elastomer, which is just rubber. The Nexus 5X doesn’t need a ton of help with gripability but this will add some more since it’s rubbery. I’ve never had an issue getting it in and out of my pants pocket, and it helps to keep your phone in place on a slippery surface.

Orzly’s screen protectors aren’t perfect, but it’s good enough for me to keep on my daily driver. It make a tempered glass screen protectors for both the Huawei Nexus 6P and the LG Nexus 5X, and coming in at only $9 with prime shipping, it isn’t going to break the bank.

I’d love it if these screen protectors were edge to edge, but sadly it’s not. It stops just short of the edge, but it honestly doesn’t bother me that much. I hardly ever notice anymore. There are cutouts around the speakers with special attention to the proximity sensor on top. The screen protectors have an Oleophobic coating which Orzly says reduces the amount of fingerprints and smudges on the screen. Coming in at only .24mm thick, these shouldn’t interfere with a lip on a case like the ones we linked above.

There are a ton of cables out there with USB Type-C connectors on one, or both ends of them. If you have any question whether it’s a quality cable, I encourage you to stick to cables that Benson has reviewed. He’s widely recognized as the authority on this. Both of these cables have his seal of approval, which is the only reason I’d recommend them. 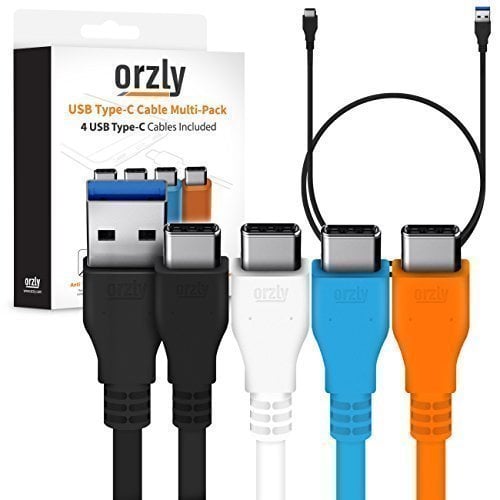 If you still want to use your USB Type-A ports and old adapters, then Orzly has the perfect pack for you. Orzly is selling a 4-pack of USB Type-A to USB Type-C cables for $20. This multi-color 4 pack has black, white, blue, and orange cables inside. The cables support USB 3.1 which is important if you also have a Macbook because some accessories require SuperSpeed operations to function, which USB 3.1 enables.

These are high quality cables, and come in at only about $5 per cable, which is impossible to find individually. These get the Benson seal of approval, and my recommendation as well. 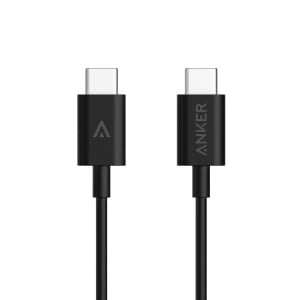 Next we have Anker’s USB Type-C to USB Type-C cable. It’s appropriately priced at about $9 with Prime shipping for the 1 meter (3.3 foot) version of the cable. Depending on the power source and adapter you’re plugged in to, you’ll get quick charging and fast data transfer speeds.

This USB Type-C to USB Type-C cable will let you transfer data and power between you and any other USB Type-C device, and comes with an 18 month warranty for peace of mind.

Even though the Nexus 5X and 6P have great battery life, you may still find that you need to charge up when you’re out of the house. Power Banks have caught on in the last few years due to their convenience, portability, and price. The power bank we’re going to look at is one of the best all around packages. 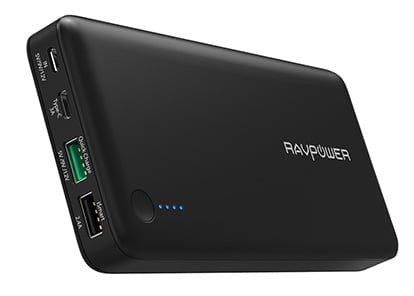 The RAVPower 20,100mAH External Battery Bank is huge. Not in size, but in capacity. It holds enough power to charge the Nexus 6P about six full times and the Nexus 5X a little under seven and a half times. Not only is it big, but it’s fast too. The battery bank supports Quick Charge 2.0 input and output so you can charge your phones quickly, and recharge the battery bank quickly.

That wraps up our list! What are your favorite accessories for the new Nexus devices? Let us know down in the comments what you have to make the most out of your Phone! Want to see more? Check out Volume 2 of our list!

Best ten accessories for the OnePlus 6