Remember last week when we reported on Symantec’s finding that Android.Counterclank had infected somewhere between one and five million Android users?  According to Lookout Mobile Security, infected isn’t the word we should be using.  As they see it, there is no malicious activity going on here, just shady advertising techniques.  A post on Lookout’s blog breaks down what they see going on with Apperhand code inserted in the 13 applications.  While they found that there’s no real threat to worry over, the details are shady nonethless.

How would you feel if an app was pushing bookmarks to your Android smartphone?  That’s one of the things going on with these applications, as uncovered by Lookout.

We’re already hardcore against applications that push ads down to our phones and tablets with crap that shows up in notifications bars.  To hear that we’re getting bookmarks pushed to our device as well…? We hate to single out developers here, but if you use this type of stuff then we cannot endorse your experience.

Ok, so Android.Counterclank has pissed off somewhere between one and five million Android users. 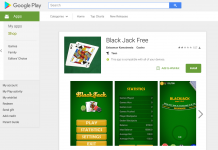