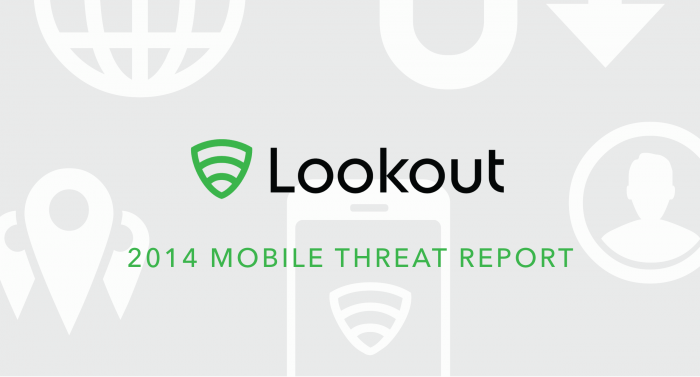 Key findings from the report includes:

“Ransomware”, a type of malware that locks users out of their mobile devices in a pay-to-unlock-your-device ploy, grew by leaps and bounds as a threat category in 2014, with ransomware such as ScareMeNot and ScarePakage finishing in the top five most-prevalent mobile threats in countries such as the U.S., U.K., and Germany.

I would advise you to take look at the detailed report just to be aware at what kind threats you may encounter and learn how to deal with them. Also, be sure to download the Lookout app since it is one of the best free threat detection app around for mobile devices that you can get to keep your devices and information safe.