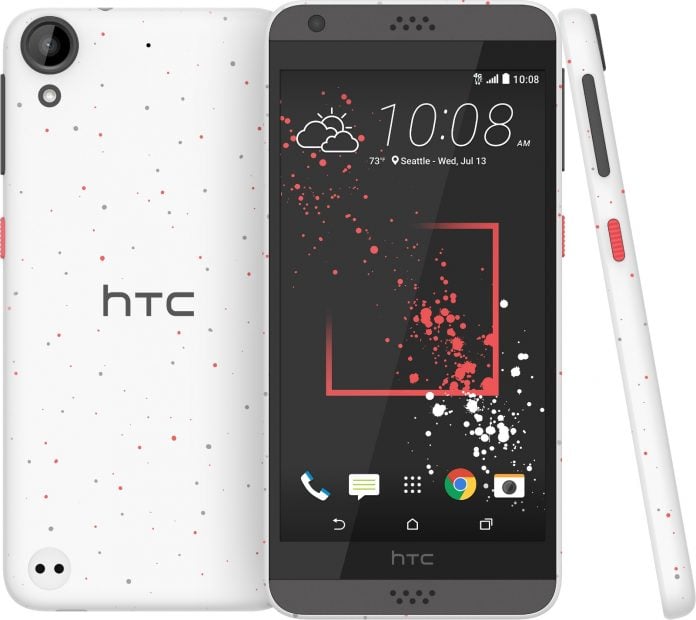 HTC today announced it will soon offer an entry-level Android smartphone through Verizon and T-Mobile. Known as the HTC Desire 530, it features a unique micro splash polycarbonate shell. According to HTC, no two models will have the same pattern.

As for the specifications, HTC was somewhat tight-lipped on the hardware. Running Android 6.0 Marshmallow, we understand it will pack a 5-inch HD display, an 8-megapixel rear camera, and front-facing 5-megapixel camera.

The Desire 530 will draw power from a Qualcomm Snapdragon processor, however it’s unclear which model or speed. As with other HTC models, this one will include BoomSound speakers.

T-Mobile and Verizon Wireless are expected to both offer the Desire 530 in the coming weeks. Color options are listed as Blue Lagoon, Sprinkle White or Stratus White. HTC plans to sell an unlocked version of the Sprinkle White phone for $179 later in July.