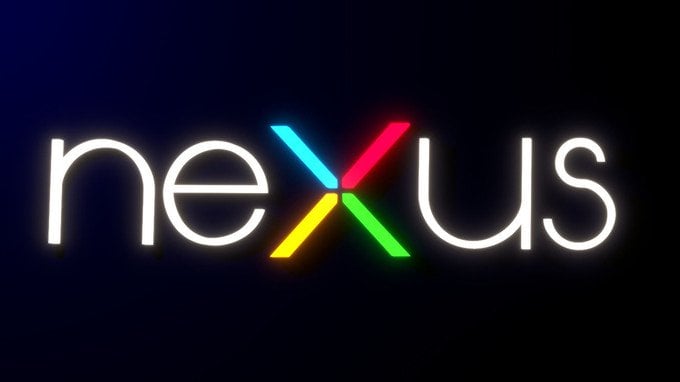 We have some good news for those of you who have been loyal members of the Nexus clan for years. Well at least for some.

According to several reports that emerged on Reddit, Google has been sending emails to select people who purchased Nexus devices in the past offering a pretty sweet discount on the Pixel 2 and Pixel 2 XL.

At this point, we aren’t really sure who qualifies for the promotion, but if we’d have to guess we’d say Nexus owners who bought their device directly from the Google Store. How many devices should have you purchased for Google to consider you a loyal Nexus fan? We don’t know at the moment, but according to the forums at least two are needed. 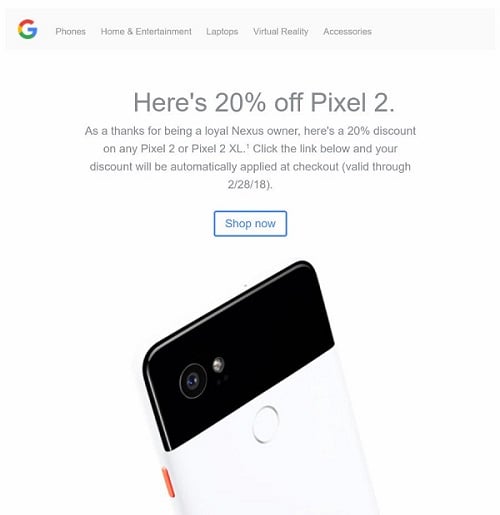 Google is shaving 20% the Pixel 2 and Pixel 2 XL and according to 9to5Google, the offer applies to any Pixel 2 or Pixel 2 XL color or storage variant. So loyal Nexus fans could get the following prices on Google’s latest smartphones:

The offer is valid until February 02, 2018 so if you bought a Nexus (or more) and you haven’t received an email yet, don’t forget to check the SPAM folder. Hopefully, it will be there. If not, well…fingers crossed!