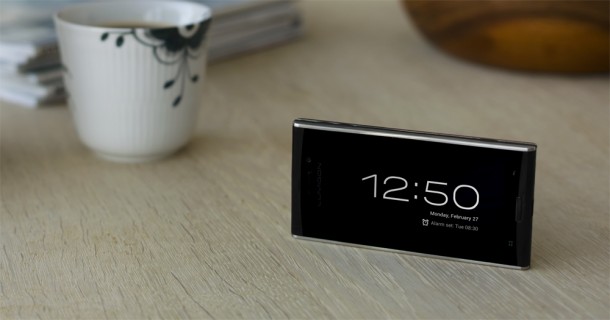 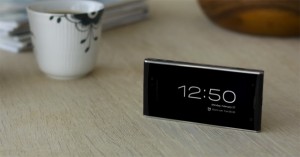 Lumigon is a famous European brand, well known for making impressive high-end luxury devices. They launched the Lumigon T1 last year, which was an impressive device featuring some good stuff under the hood. Now after a long time, Lumigon is back again, and this time with a successor to T1. At the Mobile World Congress 2012, Lumigon took wrap off their new device which is known as Lumigon T2 and my words, it’s a beauty.

The device has a sleek Scandinavian design, along with Bang & Olufsen ICEpower audio technology. It comes with Android 4.0, a 3.8-inch “ultra-sharp screen” with high resolution, a 1.4 GHz Qualcomm Snapdragon processor (probably dual-core), 8 megapixel camera with flash, video light and front camera for video calling, NFC, Bluetooth, and Wi-Fi capability. However, no chances of it to hit USA, but it’s expected to hit Europe and Asia during the first half of this year.

The phone has a simple design and it really outstand when compared to other Android devices, especially the stainless steel and glass body, making it a luxury Android phone. Well, devices with so much bell and whistles are not cheap, so you can expect a huge price tag for it. I would guess around £500-600, but let’s wait for Lumigon to announce it.

Anyone in UK looking forward to pick the Rolls Royce of Android? Tell us in the comment box below. 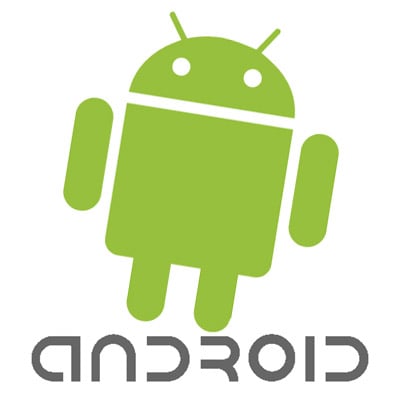 Lumigon T2 launching this summer with a 600 Euro price tag?