I have a personal gripe about European Android devices being cooler then ours. I know, you disagree, but take the Galaxy Beam for example… I have coveted that bugger since it first came out. Just 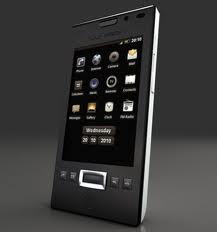 send me one guys… It doesn’t HAVE to make phone calls. Anyways, there is a gap between the US Android phones and the rest of the world. Sometime we get the cool phone, sometimes everyone else does. I think we have an amazing selection that many other countries are without, though being American I still feel entitled to gripe. That being said, after seeing the Lumigon T1, I am once again envious of a phone that will likely not come to the US.

Lumigon really knocked one out of the park with this one, in my opinion. It’s a 1GHZ proc with a 3D GPU, and everything you expect from a modern Android device. Audio jack, 720p video, FM receiver/transmitter and wifi-N all on a 3.5 inch screen. The device looks nice, and paired with it’s custom layover on Android 2.2, it’s pretty clean looking. The only thing this is missing in my opinion is a front facing camera, which is still not a requirement for me in a phone.

This phone hardens the fact that  a standard has been set for future devices. Android 2.2 runs very well on these and similar hardware specs, and with Gingerbread on the horizon, phones that are less that this are not going to make the cut. So here I sit, envious of the world that I will not get to use one of these phones! 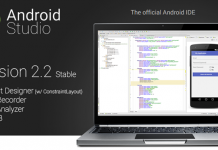