Early smartwatches were often bulky, boxy things that were designed for tech-enthusiasts, but absolutely failed on fashion.

But in recent years not only big tech companies like Apple or LG created watches that are stylish and also functional. Even fashion brands like Armani, Kate Spade or Michael Kors started joining in the race.

This is the first fully-fledged smartwatch coming out of Marc Jacobs, which previously offered only hybrid smartwatches.

Well, the Riley Touchscreen is a true smartwatch that runs Google’s Wear OS and features a 1.19-inch AMOLED display.  The intelligent timepiece comes with a polished metal build and a simple silicon strap. There’s also a button that looks like a traditional crown that can be used to control the display.

Like most smartwatches these days, the Riley Touchscreen takes advantage of a Snapdragon 2100 chipset. Recently Qualcomm’s Pankaj Kedia revealed in an interview that the company is working on a new chip for Wear OS watches that will make its way into devices in time for the holidays. 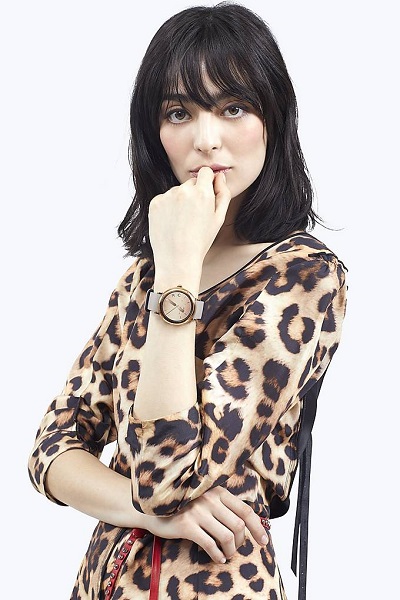 Based on this information, you might want to postpone purchasing a new Wear OS smartwatch until later this year.

Unless you think the Riley Touchscreen looks really pretty and cool and the $295 price tag doesn’t scare you away.

In addition to being classically stylish, Marc Jacobs’ new smartwatch has a IP67 rating and includes a battery which should last you up to 24 hours on a single charge. The Riley charges wirelessly and takes 2 hours to replenish itself fully. 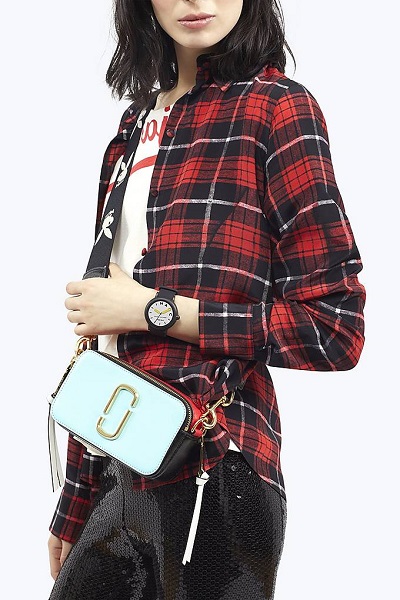 The wearable also offers Google Assistant integration, so after you’ve paired Riley with an iPhone or Android you’ll be able to ask the assistant to play your favorite track and more.

Marc Jacobs has pre-loaded the device with a series of brand-specific watch faces including the iconic Daisy design.

For those interested, the fashion company is offering three color options including the all-black model, a rose gold version with a Cement-colored strap and a gold variant with a plain white band.

You can order the Riley Touchscreen from Marc Jacobs directly or from Target.