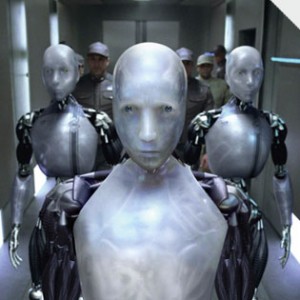 On my morning commute today, I happened to be catching up on podcasts from last week.Â  Engadget’s podcast is a must for tech geeks and AndroidGuys alike.Â  I was astounded to hear out of twenty-one topics that eight of them were Android focused.Â  Now mind you, this is a broadly focused podcast where everything from high-end digital cameras, BLU-ray technologies, and all types of PC/Mac’sÂ  are heavily critiqued and yet Android has found a comfortable place in many technology conversations.

I am noticing more and more that Windows Mobile and Apple iPhone OS are being compared to Android and not the other way around.Â  Google may have pulled off something that many mobile platform providers were hard pressed to do: deliver an open source platform that can be freely used and installed by Original Device Manufacturers (ODM’s) and create an ecosystem that checks for bugs and enhances the OS for upstream development.Â  Microsoft has been doing this for years starting with WindowsCE, PocketPC, and now WinMO but even though they have a large community the OS is still tightly controlled and integrated by Microsoft.Â  Same goes for Apple, except they have even a tighter grip on their O–in that it is only certified for one device much like their Mac strategy.

So with just over a year in production and T-Mobile being the first to roll out the G1, just how well is Android doing in the marketplace?Â  In a few weeks T-Mobile will have the Behold II and Moto CLIQ for a total of four devices possibly taking advantage of a rumored plan coming soon.Â Sprint just introduced the Hero and has the full-QWERTY Samsung Moment on the way, and Verizon is touting that their Motorola Sholes/Shules/Droid will be a game changer for Android and could possibly be the first contender for a true enterprise capable handset.Â  Now that’s the line up that we have been waiting for and it’s being done where Android will not necessarily be the UI so the consumer will still win based on H/W specs and interface.Â  Android is being marketed by Google as a true operating system, i.e. the underlying computing platform that supports your applications and not the end-all, be-all that Apple seems to think iPhone’s version of mobile MacOS.

Also worth mentioning is that HTC and Motorola have now committed 50% or more of their efforts moving forward on Android and have shifted resources from WinMO and in-house developed Linux.Â  So these are very definitive moves and show that the ODM’s are voting with their fee as it were.Â  As Android moves further into the mobile space the UI will be further differentiated by HTC’s Sense, Motorola’s MOTOBLUR, and Samsung’s TouchWiz, not to mention multiple hardware configurations.Â  Any comments?Â  Please feel free.