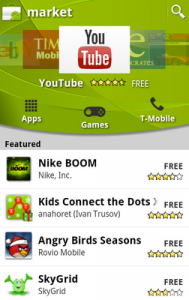 The Android Market team announced a huge overhaul to the Market app tonight that will be rolling out “over the next two weeks.” It features a whole new look, new features, and a big change in the refund policy–but no mention of the long-awaiting web interface to the Market.

Apparently in response to the common critiques of the Market, the new version is aimed at “improving discoverability and merchandising.” New features include:

The 24 hour refund window has been a source of conflicting complaints, with some users complaining it’s too short, while some developers claim it’s long enough to make piracy easier. Fifteen minutes sounds really short, but the Market team claims “most users who request a refund do so within minutes of purchase.” So caveat emptor: try that app out as soon as you buy it if you think there’s a chance you might want a refund.

Additionally, developers will be able to target apps by specific screen sizes, densities and GL texture compression formats, and distribute apps up to 50 Mb via the Market.

Missing from the announcement is any mention of that web interface to the Market that Andy Rubin showed off at I/O way back in May, though they do hint that more changes are coming soon.