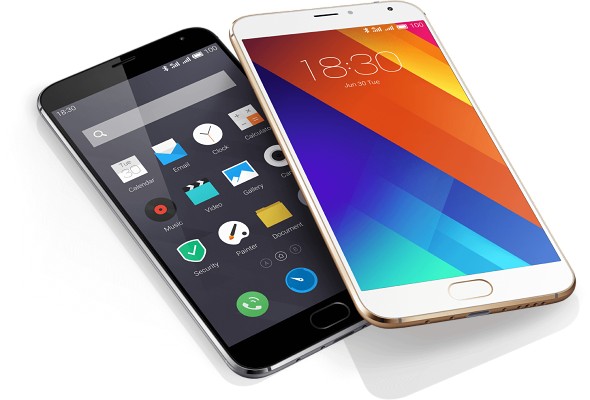 Chinese tech company Meizu launched its new flagship, the MX5 smartphone, at an event event in Beijing. The MX5 will be the new flagship for the company this year, boasting high end specs and premium metal build.

Under the hood, the handset is driven by Mediatek’s Helio X10, a 64-bit octa-core processor clocked at 2.2GHz along with the PowerVR G6200 GPU for graphics. It is coupled with 3GB of RAM and comes in 16/32/64GB variants. The whole device is powered by a decently sized 3150mAh non-removable battery which will be sufficient enough for a day’s usage.

The Meizu MX5 features a 5.5 inch full HD AMOLED display and is protected by Corning Gorilla Glass 3. The company has also included fast charging feature called mCharge, which allows you to charge your device from 0% to 60% in just 40 minutes. Speaking of the features, Meizu has also included a fingerprint scanner that is present in the physical home button, and is upgraded to version 2.0, which brings improved fingerprint scanning. Security has also been improved on a software level. The MX5 has a special TEE security environment, which can’t be accessed without a Meizu signature, even if the device is rooted.

In the optics department, the handset features a 20.7-megapixel rear facing camera with an aperture of f/2.2, which is capable of recording videos upto 4K and can also shoot slow-motion videos at 100fps. The rear camera is also accompanied by laser auto-focus which will bring better low light camera performance. The 6-element lens is itself covered with Gorilla Glass 3 so you don’t have to worry about scratches while the phone is laying down on the table. The front facing camera is 5-megapixel with an aperture of f/2.0 for better low light performance.