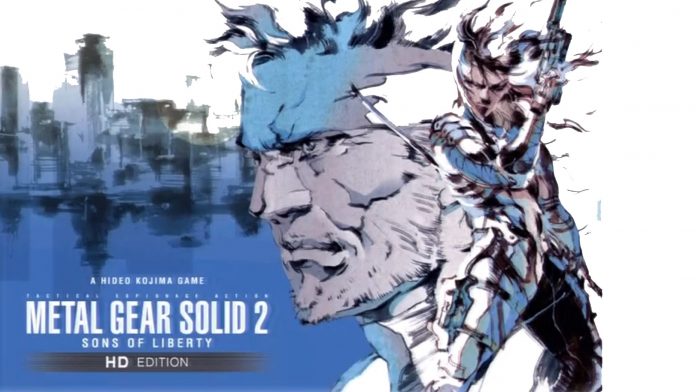 Metal Gear Solid 2: Sons of Liberty was one of the best games to come out on the PlayStation 2, and it’s one of my favorite games ever. There have been a few re-releases and remasters, but now the critically acclaimed game has made its way to the Nvidia Shield TV Android set top box/game console.

“Play as the legendary hero, Solid Snake, as he sets out in pursuit of a tanker carrying a new Metal Gear prototype, and as Raiden, a rookie within the special ops unit, FOXHOUND, sent to infiltrate the Big Shell and rescue the US President from a mysterious group called Dead Cell. World peace hangs in the balance.” This is the full-fat MGS2 experience, with the full HD game with all content, as well as the VR missions that were added in MGS2: Substance.

Exclusive to Android on the Shield, this is essentially a port of the HD collection version from the PlayStation 3 and Xbox 360, which means only 720p resolution but an excellent 60 frames per second experience. The visuals are still as good as ever, however, with the improved HD textures and graphics being faithfully represented on the Shield version with the X1 Tegra processor.

Gameplay is as I remembered it, wonky controls and all. Thankfully they didn’t try and make the controls more traditional here and kept the classic MGS scheme. It is a bit different using the Shield controller to play this, instead of the classic PS controller but the improved Shield controller is an admirable substitute for the most part. I had little difficulty adjusting and found myself successfully sneaking my way through Big Shell in no time.

Metal Gear Solid is not a game series that appeals to everyone, but it is an amazing experience and if you haven’t had the opportunity to play it before, and have access to a Shield TV I’d definitely recommend checking this game out. The only downside is that not every Android user will be able to experience this classic, as it’s Shield exclusive, but the Shield TV is probably one of the few Android devices I’d trust to run this game at a respectable level. If you’re looking to pick it up, it launches today, August 22, and will be on sale for 33% off for a limited time ($9.99) and will normally go for $14.99 in the Google Play Store.

Apple TV Plus now available on most Android TV boxes, including the Nvidia Shield TV