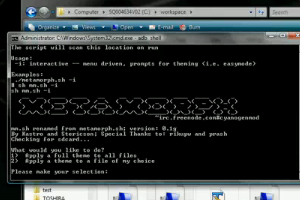 Created by Stericson (the first themer for Android) with the help of Kastro, Metamorph revamps the process for theming an Android device. Not only does it immensely reduce the size of theme files, but it also completely changes the way that themes are applied in the first place.

Normally, when a themer has to make a theme, they have to take the original ROM and extract each application or system file from the ROM that they are going to theme. Then they have to extract each of those files and replace whichever images they want to replace but keeping everything else. After that, they need to resign the applications using tools from the Android Software Development Kit (SDK) so that the Android system won’t reject them from being installed. After that, they have to package the file backup, resign the ROM itself, and upload the huge file for someone else to download.Â  When someone flashes one of these themes, they must boot into the Recovery menu and flash the theme, replacing almost all of the files on their phone in the process.

In other words, itâ€™s ugly, long, and inefficient.

Using Metamorph however, themers only need to specify which files they need to replace from where in the Android operating system. They can package their themes as zip files too, but they arenâ€™t the kind where the user has to boot into the Recovery menu and flash it, overwriting the original applications. Instead, what Metamorph does is first unzip the theme and gets a list of which files are modified in the theme. It lets the user select which files they want to be modified and then it starts to systematically unzip application files, replace the modified files, and rezip them back into the native .apk file format which is used for Android applications.Â  Most of the time, it can do the entire process without even requiring a reboot of the device, but sometimes not all changes are reflected until a reboot.

This is a much cleaner method of applying themes and it can even be streamlined in the future when more powerful Android devices are released with faster processors.

For more information about how Metamorph works, check out the official website at http://relentlessaddictions.com/android/node/4 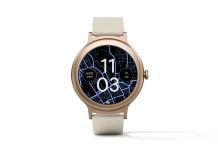 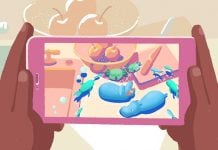