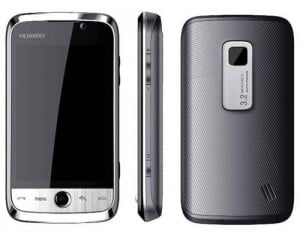 MetroPCS has bolstered their smart phone lineup with the release of another Android handset, the Huawei Ascend. Previously available only to Cricket Wireless customers, the Ascend quickly follows the launch of the Optimus M. The $179.99 handset features Android 2.1, a 3.5-inch touch screen, 3.2 megapixel camera, and all your typical Android device support. MetroPCS offers rate plans for smart phones that start as low as $50 a month without a contract, making this entry-level Android a great stocking stuffer for friends and family. Full press release after the break.

DALLAS, Dec. 13, 2010 /PRNewswire/ — MetroPCS Communications, Inc. (NYSE: PCS) today launched a new handset sure to entice last-minute holiday shoppers who are looking for the latest technology at an incredible value. The Huawei Ascend™ is available today in MetroPCS stores and online at www.metropcs.com.

An entry-level smartphone powered by the Android 2.1 (Eclair) operating system (OS), the Huawei Ascend is a perfect match for consumers wanting to move from a feature phone to a smartphone. The intuitive OS and nine customizable home screens make it easy to organize and get quick access to widgets, shortcuts, apps and social networks, and users can update their Facebook status or Tweet from the home screen. With smartphone plans starting at $50 per month with no annual contract, the Huawei Ascend is priced at $179—a great value for an Android device offering key features such as:
Access to more than 100,000 apps in the Android Market™, in addition to games, ringtones and wallpapers available through the @metro App Store™
A 3.5-inch HVGA auto-rotate touchscreen with onscreen QWERTY keyboard for easy text input
3.2 MP camera and camcorder to shoot and share images and video with friends and family
Easy Wi-Fi® connectivity – automatically connect to Wi-Fi hotspots nationwide

“Our customers desire more choices and are looking for the latest handsets and services that fit their personalities, lifestyles and budgets,” said Tom Keys, chief operating officer of MetroPCS. “With the addition of this device, we are again expanding our portfolio to provide our customers with a chance to experience the latest technology with the value of affordable, flexible and predictable no annual contract wireless services.”
MetroPCS customers can also enjoy Metro USA(SM) with nationwide unlimited talk, text and web services and no annual contract service plans with taxes and regulatory fees included.