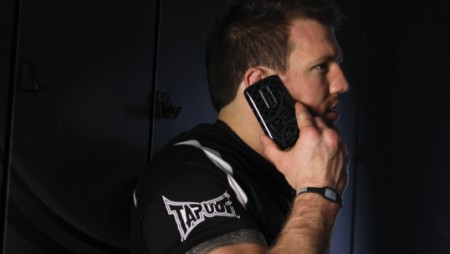 MetroPCS announced today that they will soon be offering a special edition of the Huawei Ascend thanks to a partnership with TapouT.  MMA fans will recognize the TapouT brand as many fighters wear clothes and other gear bearing the name and its likeness.  Now they’ll be able to carry an Android phone bearing that same look and feel!

Due over the next few weeks, the special branded Ascend features Android 2.2 (Froyo) and comes loaded with changeable covers, multimedia and wallpapers (12 static, 5 live). In terms of hardware, customers will get a 3.5-inch touch screen, a 3.2 megapixel camera, and a 2GB microSD memory card. The “Huawei Ascend Sanctioned by TapouT” complements both of MetroPCS’s $50 and $60 smart phone service plans which include unlimited talk, text and data.

Pricing and specific release date are not yet finalized.