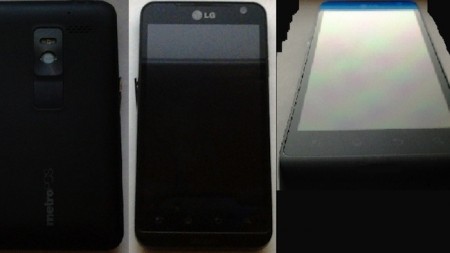 On 4 June 2010, HTC and Sprint launched America’s first ever 4G WiMax devices which is known as the EVO 4G and it’s known as one of the most selling Android devices in States. It’s also the first 4G device but who was the first carrier to launch the first ever 4G LTE device? If you are thinking its Verizon Wireless, then let me tell you that it’s not Verizon. MetroPCS is a small regional carrier and the first carrier to launch the 4G LTE device which is known as the Samsung Galaxy Indulge 4G. Now it looks like MetroPCS is looking forward to launch another 4G device, and this time it will be from LG. Howard Forums user known as “wagonis” posted some leaked shots of LG MS910 Bryce. This is actually MetroPCS version of Verizon LG Revolution and the main difference between Revolution and Bryce is that Revolution comes with 16GB internal storage and Android 2.2, whereas Bryce comes with Android 2.3.4 and only 4GB internal memory. Everything else under the hood is same.

Currently no words on when MetroPCS is planning to launch it and for how much, but you can expect an expensive price tag as Indulge was also launched for $399. Also MetroPCS is offering unlimited data plan which is something Verizon isn’t offering, so this is the only reason Bryce takes the lead over Revolution.

So are you planning to buy it from MetroPCS or waiting for something better? Tell us in the comment box below.