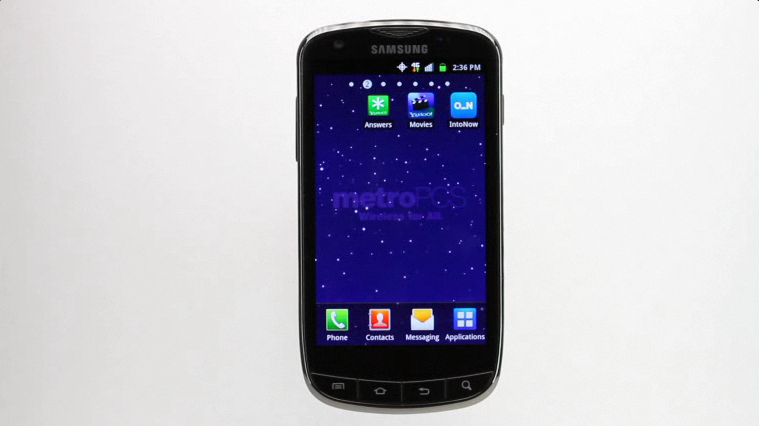 MetroPCS is one of the leading regional carriers in USA and they are offering a bunch of good Android powered devices. Now it seems that they are looking forward to extend their Android line by launching the Samsung Galaxy S Lightray. Few months ago, there was a word on street that Samsung Conquer 4G is actually the Galaxy S Lightray, but now according to latest reports, the device you can see in the image above is the Galaxy S Lightray, and it remind us about the Verizon DROID Charge, though there are some changes under the hood.

About the specs, it features a 4.3-inch Super AMOLED+ display, 8-megapixel camera with LED flash on its back, 1.3MP front-facing camera for video chatting, it comes with 16GB microSD card,  HDMI-out, Mobile Hotspot, and it’s also featuring 4G LTE connectivity. Though few things are not confirmed, like we don’t know about the processor it’s running on, also the resolution of the display. It’s probably featuring Android 4.0, but it seems that it will run Gingerbread, also it might be running on a single-core processor with 1.3GHz clock speed.

Hopefully, we will see this device in mid-August, so are you planning to grab it? Tell us about it in the comment box below.