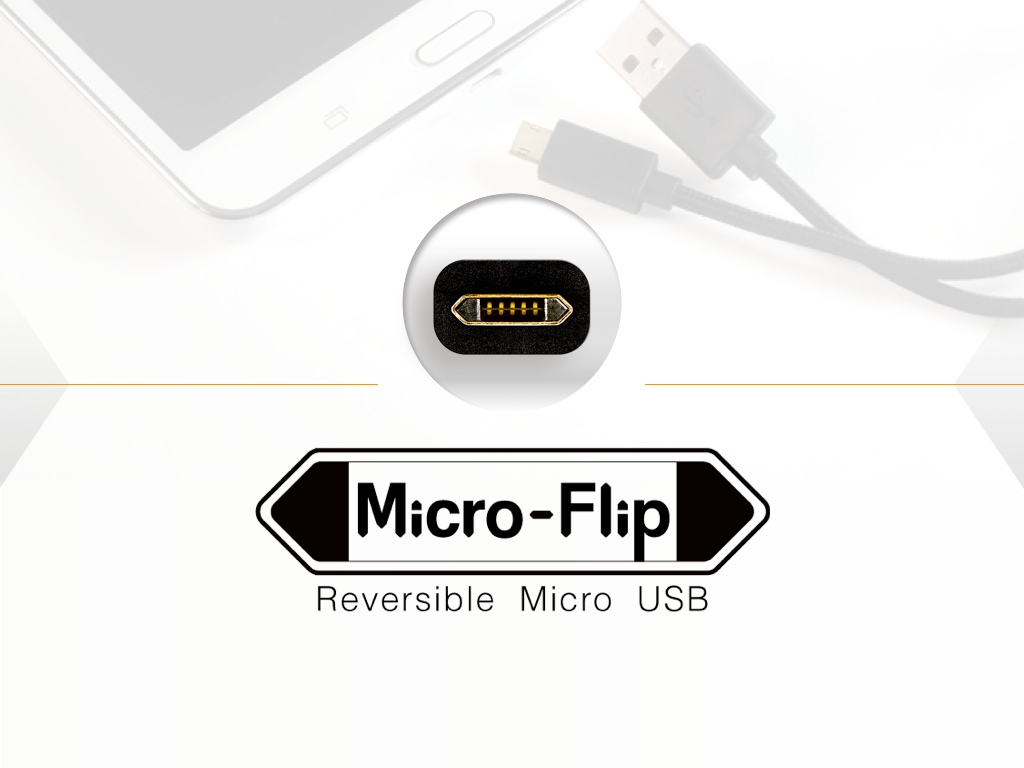 A curious project from Houston, TX aims to bring reversible functionality to the microUSB standard.

It would appear that you will not have to wait until the USB Type-C becomes standard in smartphones in order to have a reversible charger plug for your phone!

Codistas has started a Kickstarter for the Micro-Flip. The Micro-Flip is a 1-meter cable that is designed to work as a reversible replacement for standard microUSB cables.

They plan to sell this 1-meter long cable for $20. Currently, you can pick one up off of Kickstarter for $12 (early bird special) or $15. Each reward tier has the option of adding $3 for a 2-meter cable.

The cable itself is made out of a tangle-free braided nylon. While they currently only have a black cable, they plan on making a white cable as well. Other product details are below.

It is nice to see a reversible cable made for the microUSB, but I would be too scared of damaging my microUSB port with it.

The shape of the connector has been changed to allow it to be inserted in either direction, but that would also most likely cause it to be loose fitting.

For me personally, it is a simple task to check which way the cable is facing before I try to jam it into my device. In fact, I can tell just by touching the cable with some of them.

However, I can see how this will be of use to some people that can’t be bothered with menial tasks like making sure they are plugging in their cable the right way.

It could be added convenience, but there is still the fear that it will damage the microUSB port on my device in the back of my mind.

If you are interested in this cable, the Kickstarter runs from now until August with an expected delivery of October.

This product would have been more successful if it had been released years ago when the microUSB was the only standard for mobile charging, but with the introduction of the USB Type-C standard that is already reversible, I can’t see the Micro-Flip picking up much interest.

People will most likely hold off on the $12 investment in anticipation for the USB Type-C ports and cables to come.

It could still very well be a product that you would want in your house. If you are interested in a Micro-Flip, you can back it on Kickstarter!