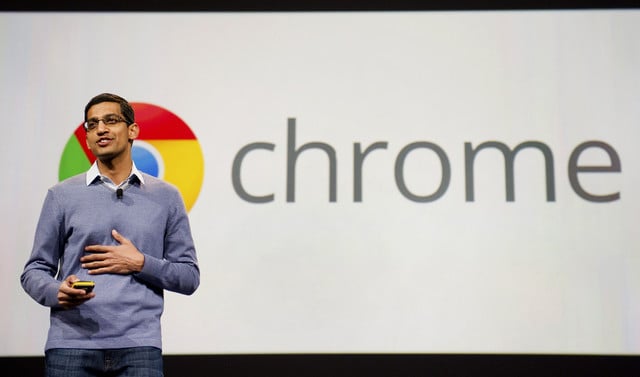 A new rumor states that Sundar Pichai could be in the running to be the next Microsoft CEO.

It seems as though Microsoft hasn’t really been hunting for a new CEO as actively as they should be. But according to SiliconANGLE, they have their eyes on someone who would really do well in the company.

Sundar Pichai is Google’s senior vice president of Chrome, Apps, and Android. So when it comes to desktop and mobile software, he really shines. Not only that, but he has had his hands in development of Google Drive, Gmail, and Maps.

“Microsoft could really move the ball down the field with Sundar Pichai in creating a new open operating system model for cloud, mobile, and social” according to Dave Vellante, chief analyst at Wikibon. “The market has been looking for a CEO who can balance the role of leading the enterprise transformation while keeping that consumer momentum with xBox and reboot mobile.  Pichai is the total package of technology leadership and business acumen.”

In the past few years, he’s done amazing things for Google, and most notably, Android. It would be very surprising if he decided to leave, however this isn’t the first time we’ve head rumors of him taking off. When Pichai was offered an exec position at Twitter, Google supposedly paid him $50 million to stay.

We know that wherever Pachai decides to stay, he will do amazing things. No one knows if his decision will be about the quality of work or about the money involved. Google has some amazing times ahead of them, so hopefully Pachai realizes that and decides to stick around.