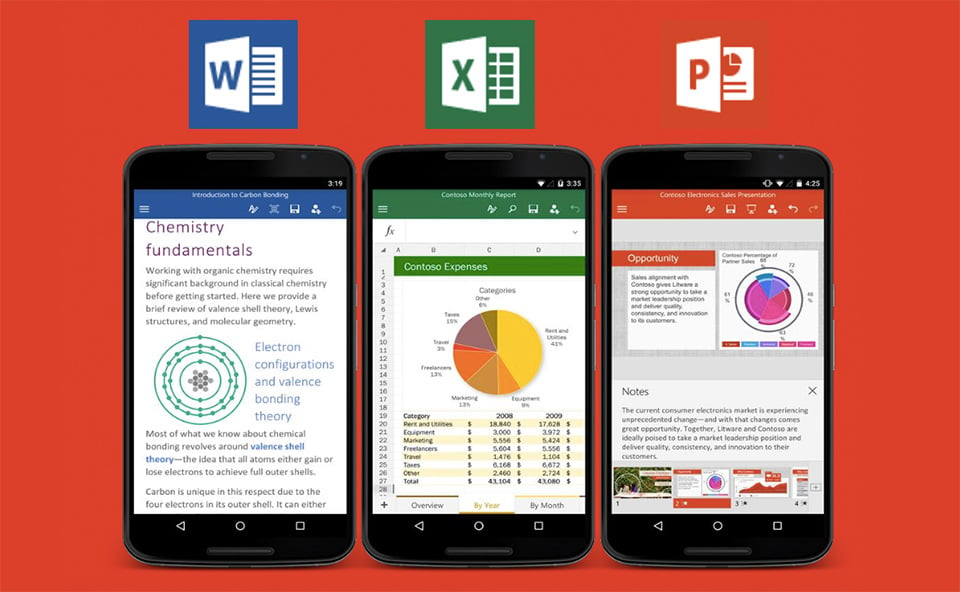 Starting today, the Microsoft Office suit, Word, Excel and PowerPoint, will be available in the Google Play Store. Microsoft Office offers support for a variety of common tasks, including the ability to edit and review tasks on-the-go, present your PowerPoint slides directly from your Android phone, and also the ability to access all of your files stored on any of your third-party cloud storage.

Microsoft has also partnered with over 30 global, local and regional OEM’s to preload these apps on their Android phones. For users in China, Microsoft Office is now available in the following app stores: Tencent, Baidu, Xiaomi, CMCC, and through the Samsung Galaxy Store worldwide.

Overall, this is great news for smartphone users who aim to be more productive. Microsoft Office is currently compatible with devices running on ARM or Intel’s x86 architecture based processors, have minimum of 1GB RAM, and have been updated to Android Kitkat4.4.x or above.