Nearly one year after teasing the device, Microsoft has made its Surface Duo official. While it technically works as a phone, Microsoft’s built the unit as an all-purpose multi-tasking product for professionals. Indeed, it’s like a shrunken down Surface experience that just happens to work as a phone, too.

Powered by Android 10, the device features a pair of 5.6-inch OLED displays connected by a narrow 360-degree hinge. Together they form an 8.1-inch display.

As one might expect, users can run multiple apps at the same time. Run them side-by-side and you’ll dial up the productivity. Or, in select instances, expand the app to let it take advantage of the larger tablet-like space.

Microsoft has taken steps to customize the software and suite of apps, giving it a blend of the best of Android and Windows. Included are Office, Outlook, OneNote, Edge, and a host of other titles, many of which are built with two screens in mind.

As a company, we are focused on delivering purposeful innovation – pushing the boundaries of existing categories to not just move technology forward, but to move people forward.

While it doesn’t have the hardware that rivals flagship phones, the Microsoft Surface Duo is more about the capabilities. It’s definitely not for everyone and has a very targeted audience.

The Surface Duo will launch September 10 with a $1,399 starting price. It supports 4G networks for AT&T, Verizon, and T-Mobile. Pre-orders are available now at Microsoft’s website.

This massive 17-course bundle will help you run Microsoft 365, Windows, and Azure like a wizard 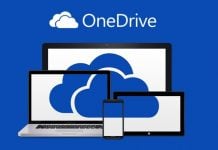