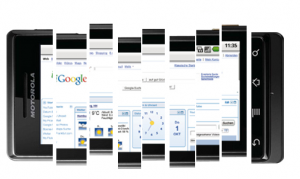 We’ve been sent a handful of emails these few hours from some unhappy Motorola Milestone users.  It seems that music is skipping whenever it’s being played, regardless of the application being used.

A quick poking around in some other spots reveals the same thing from users in both the UK as well as those on Telus.  Some have tried their hands at workarounds, but have come away disappointed.  If you’re a Milestone user who has experienced this issue, you’re not alone.  Don’t bother removing widgets, power cycling the phone, or formatting the memory card.  It doesn’t seem to work.  Hopefully the source of this is figured out and a quick patch is released before long.

Thanks to Tom and Jer for their emails!