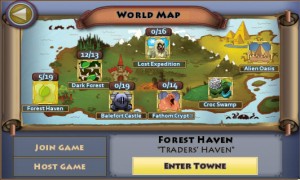 After exiting a short, but busy (125k downloads), beta period which lasted all of a week, popular 3D MMO game Pocket Legends is now official for Android. It’s now possible for Android users all over the world to get their quest on and play with and against their iPhone/iPad counterparts. More specifically, Android 2.1 users with phones that support OpenGL ES 1.1 can enjoy the game. The game is free to download and play, but there are the occasional in-game purchases to help the developers offset their time and efforts.

Check out the video after the break for a look at how Spacetime Studios spreads a little Android love around the Pocket Legends universe.

“We see this as a significant milestone for Spacetime, Pocket Legends, and the game industry as a whole,” says Gary Gattis, CEO, Spacetime Studios. “Pocket Legends for Android gives MMO fans the opportunity to join iOS players in exploring Alterra, a world filled with quests, townes, dungeons and much, much more. The reception on the Android Marketplace has been overwhelmingly positive.”

Pretty sweet little Android outfit, right?  Well how would you like to win that for yourself?  We, along with a few other Android sites, are helping to give away twelve of these limited edition Android guys for Pocket Legends.  How do you win?  Dude, it’s so easy… all you have to do is leave a comment in this post!  We’ll let this run through midnight Friday (EST) and notify the winner via email.

Make sure to use your real email address so we can contact you after the drawing!