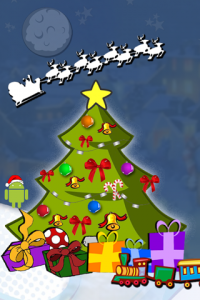 If you’ve never used a Mobicartel app, you’re missing out big time. Mobicartel developed applications such as Twitoc and Facetoc, which allow the user to update their Twitter or Facebook status, respectively, by talking into their phone. It’s a very useful tool if you’re tweeting on the go. Well, Mobicartel has done it again. Matt and Greg, the founders of Mobicartel, have released 2 holiday-themed live wallpapers.

One is entitled “White Holiday” (seen at the top), and it features classic Christmas figures such as Santa Claus and his reindeer flying around a beautifully decorated Christmas tree, and a train that puffs smoke, as well as a jumping Andy wearing a Santa hat. 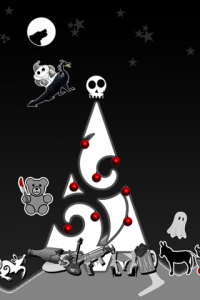 The other wallpaper is “Dark Holiday” (above), which puts a twist on the White Holiday atmosphere. Greg and Matt describe it as a “Nightmare before Christmas” live wallpaper. It’s full of dragons, bears, machine guns, broken bottles, and ghosts. Another nice touch worth noting: on both live wallpapers, they’ve made use of the accelerometer, so that it snows! Definitely something to show off to your iPhone buddies. “Is there an app for this?”

Both wallpapers make a great addition to any Android phone during this holiday season, so head on over to the Android Market to pick them up. White Holiday and Dark Holiday are available for just $1 each, which isn’t much at all, especially when it’s going to support your Android developers. Check out the full press release below. Enjoy those live wallpapers!

We have expanded the scope of our development to now include Live
Wallpapers that are very animated and interactive. So bringing
together Art with Digital Media we have designed two festive
live wallpapers called “White Holiday” and “Dark Holiday”.

“White Holiday” is a beautiful cartoon holiday scene with a train that puffs smoke,
has a Santa with flying reindeer, and a jumping festive Andy.
“Dark Holiday” on the other hand is a more mature Live Wallpaper aimed at
an adult audience that could be described as a twisted “nightmare
before Christmas” genre.
We made the wallpapers not only animated but also interactive with touchable
objects and made use of the accelerometer to make it snow! They will be sure to make
your phone festive these holidays and very entertaining to friends and family at the same time.
Celebrate the holidays & be festive with either one of our new Live Wallpapers!
Both the new  “Holiday” Live Wallpapers are available today in the Android Market
and can be purchased for one dollar each.
Sincerely, 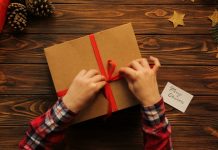 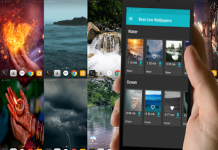