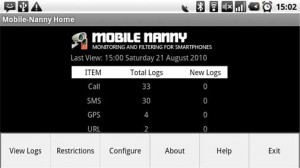 Retina-X Studios, LLC, has released their mobile monitoring and filter software, Mobile Nanny, into the Android Market today.  The application records and blocks any particular activity or game/app chosen by parents and can be set to timed schedules.  Worried about your son or daughter texting when they are supposed to be in school, learning about social studies?  You shouldn’t be any longer.  Other details include the ability for parents to login from the internet to view logs and GPS locations as well as an anti-theft feature that tracks the number of any SIM inserted to the device should it be lost or stolen.  Full press release and details found after the jump.

This parental control system allows parents to effectively monitor, filter and restrict their child’s Android phone. The software records and blocks the activities the parent specifies, and can restrict usage of the device to a schedule the parent configures.

According to 2010 data from a Pew Research survey, one in three teens send more than one hundred text messages per day. Many parents are not fully aware of how often or exactly what their child is texting about. With sexting on the rise, many parents forget the responsibility to know whether or not their child is using a device safely and wisely.

Mobile Nanny, a stealth application, allows parents to see every action their child performs in an easy online account. Items recorded are every text message sent or received, every call dialed or received and every photo captured. Parents can view actions inside the hidden interface on the phone itself, or they can login to a secure web panel from any web browser to view logs and GPS locations.

“A teenager with an instant communication tool in the palm of their hands is a necessity in today’s world. However they are not adults, and many times they’re not yet mature enough to handle this type of technology. Mobile Nanny helps parents to bridge the gap between technology and safety.” states James Johns, CEO of Retina-X Studios.

The software also acts as a safeguard in case the worst happens. One Retina-X Studios customer, Adam Dobbins, had the following to say about the company’s software. “Our daughter stole our truck, bank cards, credit cards and the phone. The only way to find her was by tracking with your software. The police were able to catch her. We would not have caught her as fast as we did without your software.”

For parents simply worried about what their child is doing, simply knowing isn’t enough. Certain actions performed by a child may need to be corrected.  The program can block any phone number from SMS and calls.  Websites and applications can also be blocked. The parent can even setup a specific time schedule that the phone can be used, thus restricting the time their child can use the device.

Mobile Nanny also includes instant SMS commands the parent can send to the child’s phone. This allows the parent to track where their child is at any given time using the Instant GPS Locate command. It also provides an anti-theft feature for tracking the number of any SIM inserted to the phone in case the phone is lost or stolen.

A one-year subscription to Mobile Nanny is priced at $49.97. The system supports Android, BlackBerry, iPhone and Windows Mobile smartphones. The product is coming soon for Symbian OS and Windows Phone 7. For purchase and download information, visit http://www.mobile-nanny.com or call 1-888-475-5345. 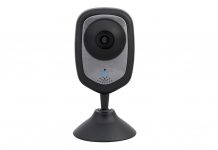 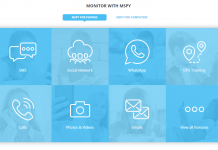 Mspy for Android: Keep tabs on your children’s online activity 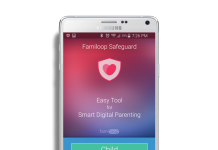