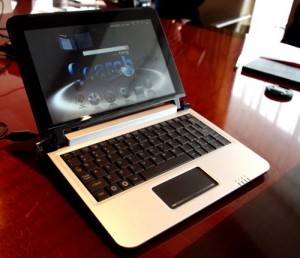 As Laptop Magazine recently discovered, Mobinnova, an upstart smartphone and soon-to-be notebook producer, has dropped Windows CE in favor of Android for its upcoming Mobinnova Beam.

The Beam is an 8.9″ netbook that is powered by a 1GHz NVIDIA Tegra 2 processor, 256 MB of RAM and a 512 MB SSD, which can be increased by using an SD card. The netbook has two USB ports, an SD card reader, stereo in, stereo out, and an HDMI port to make use of the Tegra 2’s ability to output 1080p video.

Unfortunately, the Mobinnova Beam will not have access to the Android Market. There is no word on pricing or availability, however the netbook is rumored to be released on AT&T. 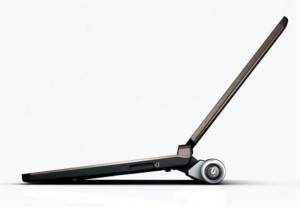