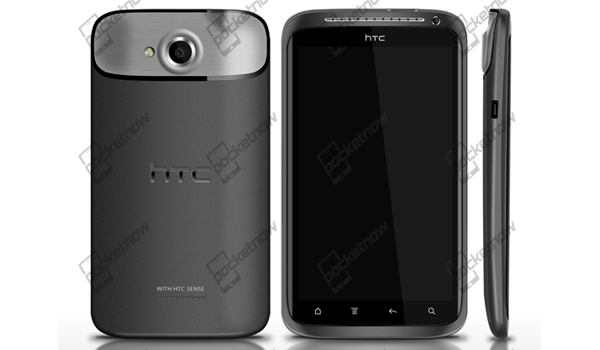 HTC recently launched the HTC Rezound for Verizon Wireless, which is launched as successor to Incredible 2, and there’s no doubt the Rezound is an amazing successor to it; yesterday, however, we showed you something which actually led us to believe that HTC has something strong and mind-blowing up their sleeves. We told you about the HTC Edge, which could be the HTC’s first ever phone to feature quad-core processor, as well as (probably) Google’s Android Ice Cream Sandwich on-board. Now, some new details about this superphone are out, thanks to BGR.

What so we know so far? We know that the device will run on quad-core Nvidia Tegra 3 processor, 8-MP camera, 4.7 inch display, along some good other stuff. Now, according to new information, the device is actually a thin and sexy device with a jaw-dropping design. The display of the device is 4.7-inch 720p HD S-LCD 2 with optical lamination, meaning the display will be like – or better than – the one currently on the iPhone, which is considered one of the best on the market. The device is only 8.8 mm thick, and its internal storage is 32GB, which is enough for an average user. However, if you find yourself needing more, there’s also a microSD slot. To top it all off, it comes with 1GB of RAM and 720p front-facing camera, 1080p HD video capturing, Bluetooth 4.0, Beats Audio integration, 1,800 mAh battery and last but not least, NFC.

Overall, this is one hell of a device. I am sure a lot of Android fanboys are looking forward to it, but mark my words, this device is going to cost you an arm or leg, so be ready. Drop your thoughts after the break in the comment box below.