It’s taken a while for the next wave of smartwatches to emerge.  This year’s IFA turned out to be a good point in the year for some of the premier smartwatches to strut their stuff.  If we recall what we’ve seen, one battle that is clearly ensuing is between Motorola and Huawei.  That is, the Moto 360 (2015) and Huawei Watch, respectively. 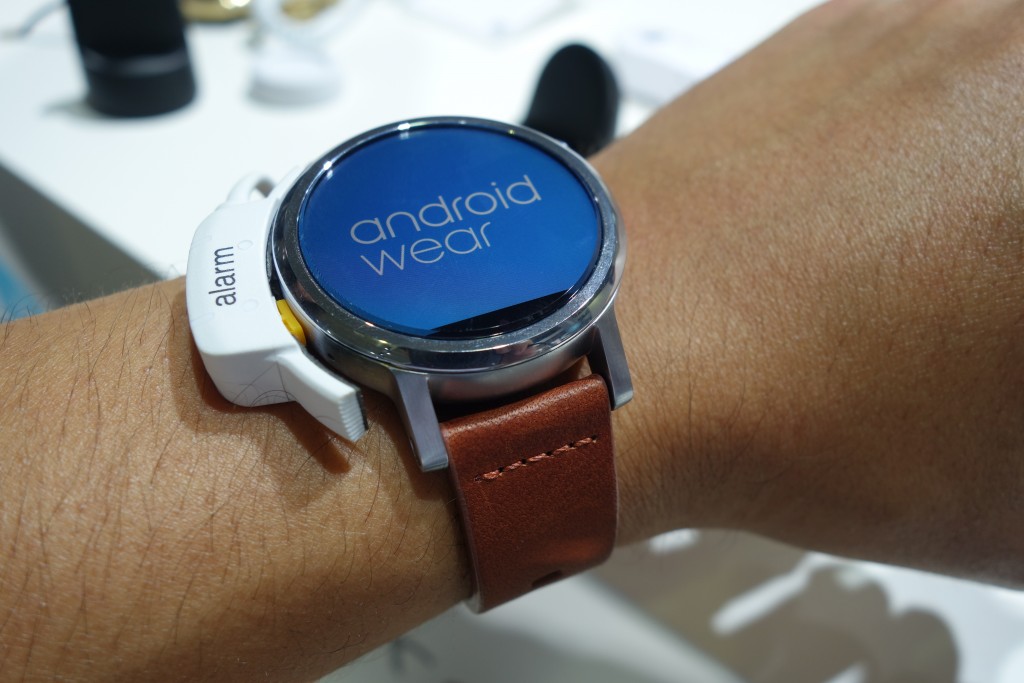 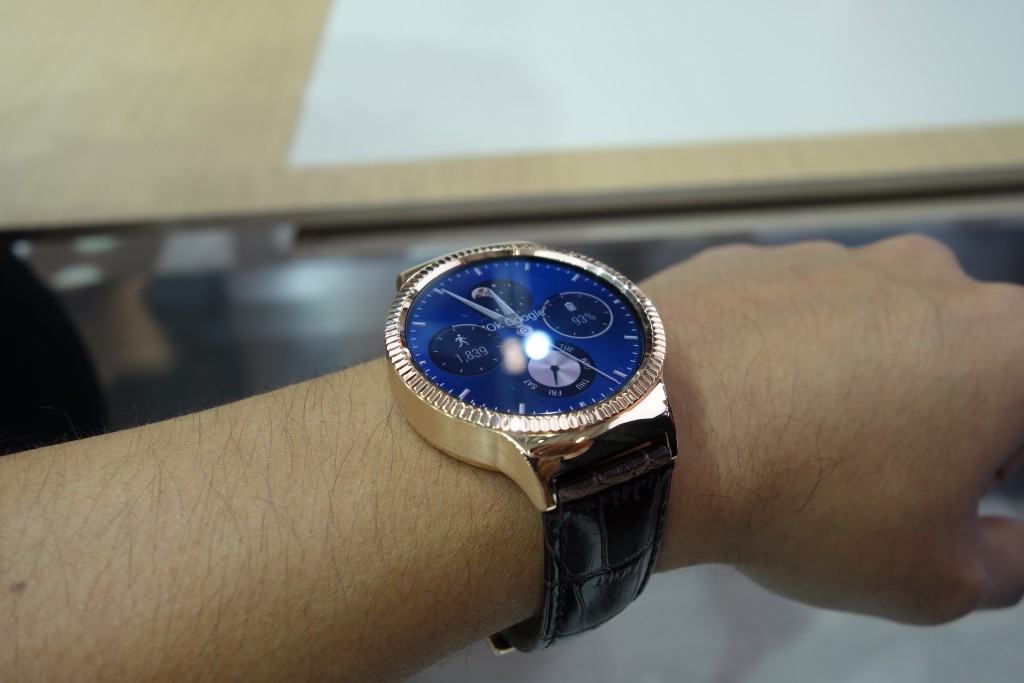 These two smartwatches most aim for a traditional watch design, and even the luxurious kind.  Both OEM’s have customizations that cover cases and bands that we have seen in normal watches for ages.  And both smartwatches run Android Wear, with very similar specs.  So which one comes out on top? 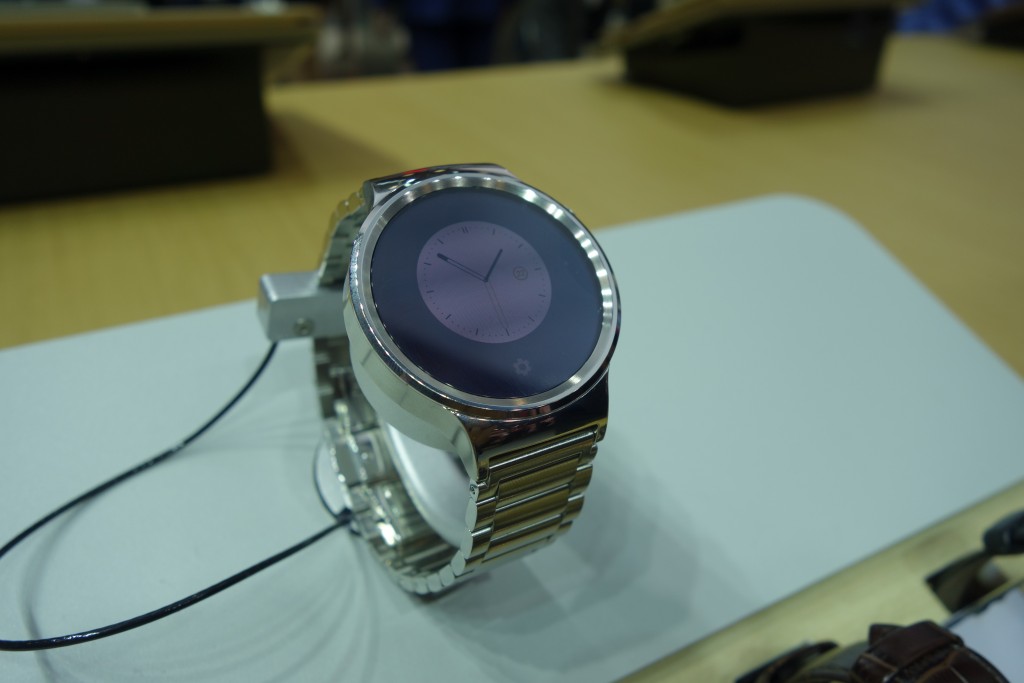 When Huawei introduced the its Watch earlier this year, you could tell they were hot on Motorola’s heels for a premium smartwatch design.  The similarities run from the circular metal case to the variety of band materials and colors. 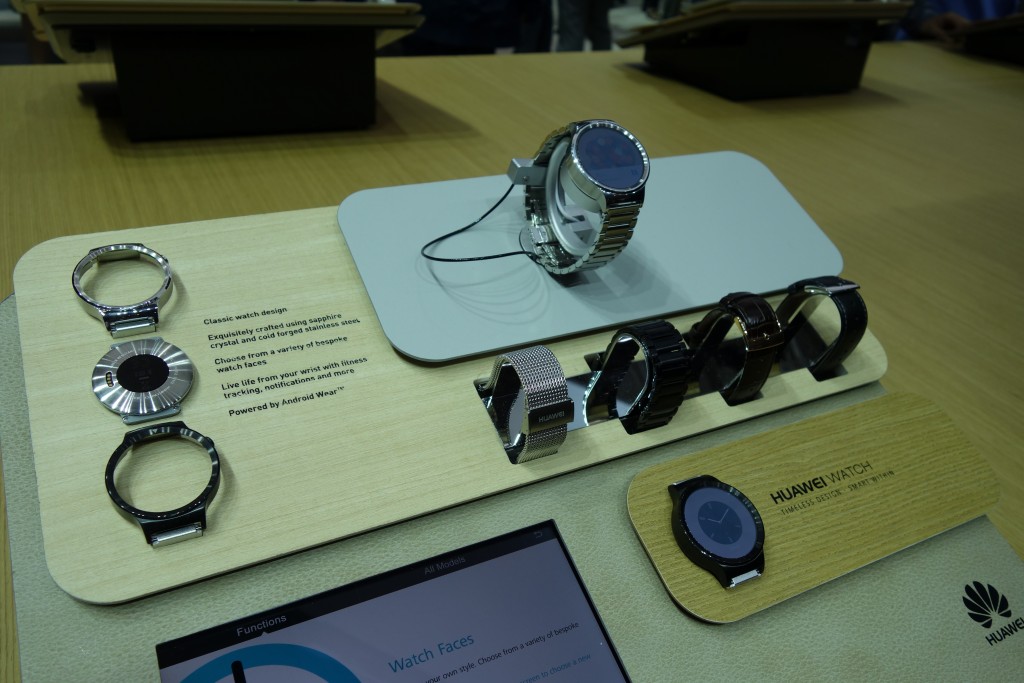 Only, Huawei is on its first attempt, while Motorola is now on its 2nd iteration.  Does that mean that Motorola is ahead?  I’m not sure.

First, Huawei is able to utilize the entire circular watch face for the display.  Motorola chose not to ditch the small flat tire non-screen portion on the bottom of the display, which houses sensors.  Motorola explained that moving it would result in either more bezel or a thicker watch chassis. 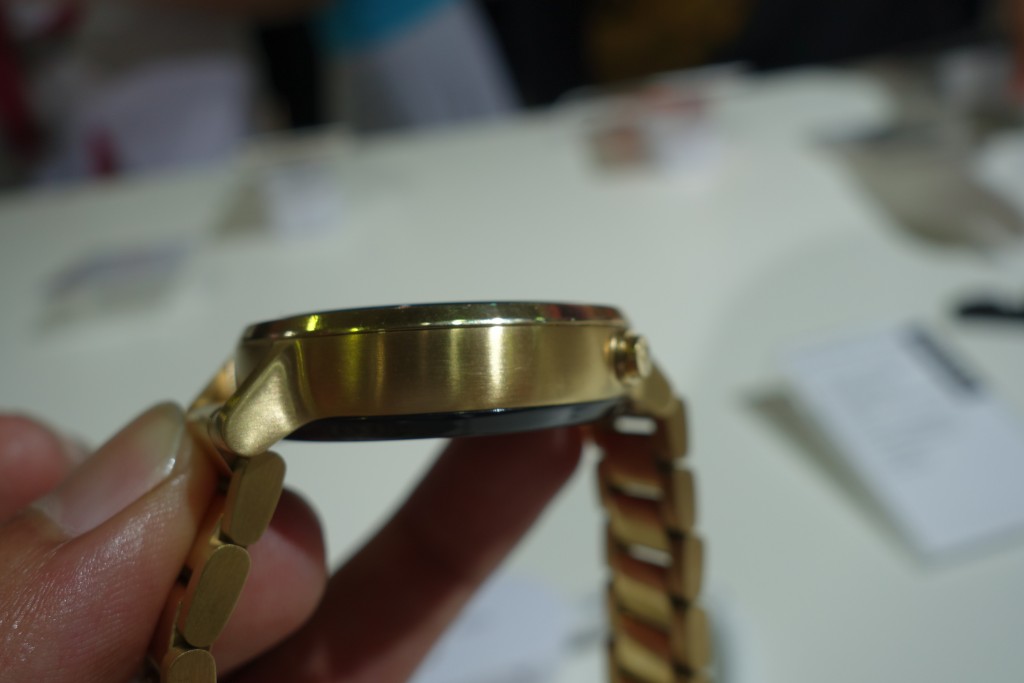 It would appear that Huawei has the win here, but we can’t forget that the Moto 360 has wireless charging and an ambient light sensor.  The Huawei Watch charges via pin contacts, similar to LG’s approach.  It comes down to what the consumer prefers.

The watch chassis is stainless steel and comes in silver, black, or gold colors (which can also have a texture on the bezel ring).  For bands, we have metal and leather choices.  There is a unique metal mesh strap, along with the more common metal link.  The bands are easily swappable, via a pin-release switch near the connection of the band to the lugs. Motorola is well known to give consumers choice.  With the Moto 360 sequel, we are given size options.  There is now a smaller variant, which is 42mm, the same size as the Huawei Watch.  Therefore, if you want a larger screen, your only option then becomes the 46mm Moto 360.

The 2015 Moto 360 uses a similar lug system as the Huawei Watch, and the band is easily removable in the same manner. 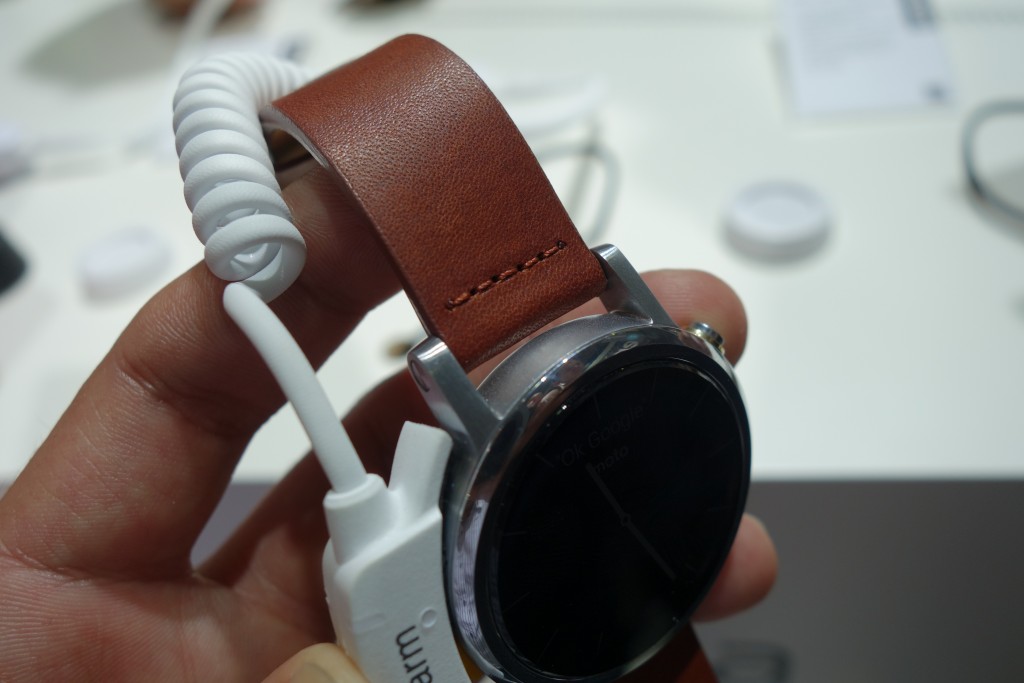 The larger Moto 360 uses a 22mm band while the smaller variant uses a 20mm band (there is also a “womens” version, which can don a 16mm band).

To keep the thickness the same on the smaller variant (11.4mm), Motorola made a cut on the battery, 300mAh as opposed 400mAh on the larger model.  Recall that the Huawei Watch has a 300mAh battery.

Most specs are the same between both Moto 360’s and the Huawei Watch:  Snapdragon 400 SoC, 512MB of RAM, and 4GB of internal storage.  The Moto 360 cases are of course stainless steel and also come in silver, black, or gold colors.  Bands also come in metal links and leather, in different colors.

Last, but certainly not least, is the price.  The Huawei Watch starts at $350 for the silver watch case and plain black leather band.  Unfortunately, the price steeply increases with the other materials.  For instance, a black case finish and black metal link band is $100 more.  If you want the gold finish and alligator-textured leather or pink metal link band, it’d be $699 or $799, respectively.

Which smartwatch are you most sold on?