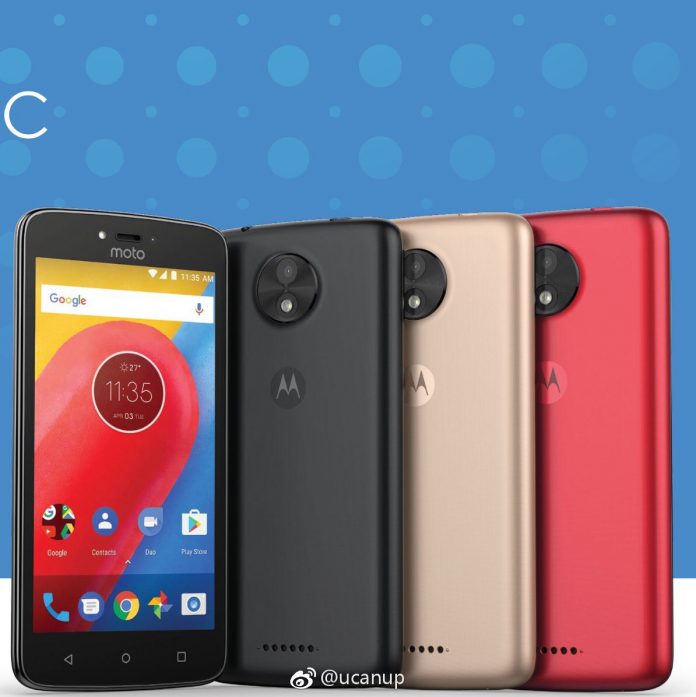 Earlier today we told you the specs of the upcoming Motorola Moto E4 leaked online, revealing the phone might come with the same amount of RAM as the Samsung Galaxy S8. Well it appears the Moto E4 and Moto E4 Plus aren’t the only low-end models Motorola will launch in the near future.

According to picture which surfaced on the Chinese social network Weibo, the Moto C also appears to be in the pipeline in Black, Gold and Red color variants. Motorola’s super affordable device was revealed a few weeks ago (albeit in a white version that’s not visible in the latest image), when Motorola gave us a sneak peek during a video released to celebrate the 44th anniversary of the first mobile call. While we didn’t get to take a very good look at it back then, the Moto C surfaced today in all of its glory.

By the looks of it, the Moto C will be the most affordable device in the Motorola lineup this year. The company already released the Moto G5 and Moto G5 Plus and in the upcoming weeks we expect the Moto E4 and Moto E4 Plus to launch as well. Motorola reportedly has also plans for a Moto X (2017) and of course, the Moto Z2 flagship.

According to previous leaks, the Moto C will come equipped with a 5-inch F2VGA display with 854 x 480 resolution. A MediaTeK MT6737m processor will breathe life into the device from underneath, aided by 1GB of RAM and 16GB of internal storage. In the photography department, the Moto C will benefit from a basic 5MP/2MP camera combo. 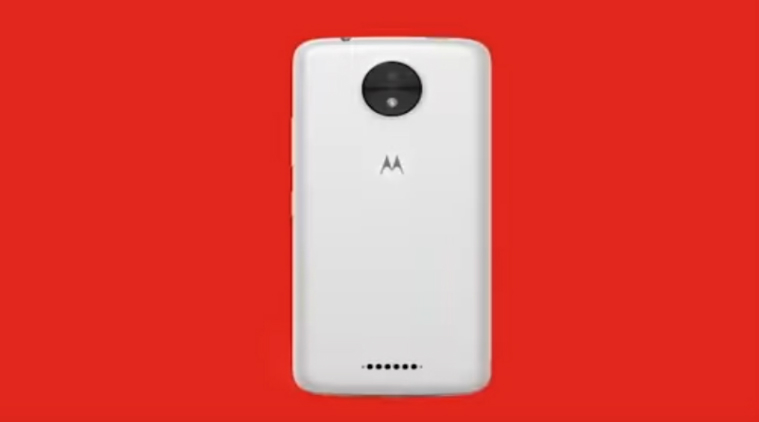 When launched, the Moto C will probably be the most affordable Android 7.0 Nougat on the market. According to sources in the know, the phone should come with a price tag ranging from $50 to $80.

At this point, we don’t know the Moto C’s launch date, but as soon as we find out we’ll let you know.