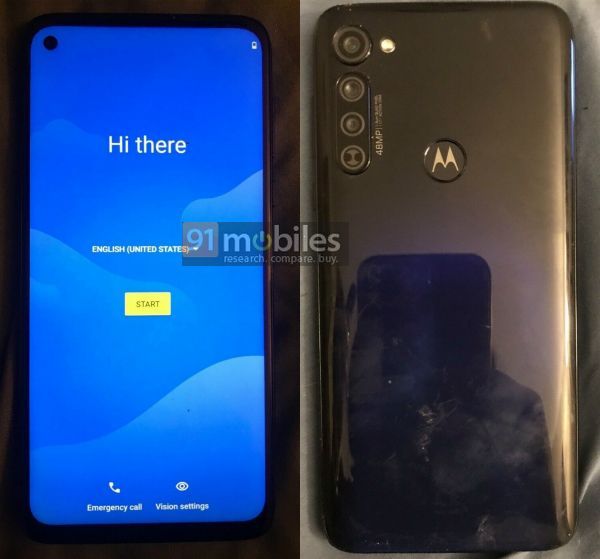 The first images of Motorola’s stylus-toting Moto phone have appeared online, arriving only days after first leaking earlier in the week. The picture, which comes via 91Mobiles, gives us a glimpse of the rear of the phone. In addition to the images, the source offers up preliminary specifications.

Looking at the back of the device, we see a camera configuration that’s not unlike the Moto G8 Plus. That phone, for its part, has a 48-megapixel main primary sensor.

According to the report, the phone will have a secondary 117-degree wide-angle camera with two other sensors.

Interestingly enough, there are no pictures of the stylus. So, for all we know, we could be looking at the Moto G8 Power, one of two other phones also expected from Motorola in the near future.

The so-called Moto G Stylus looks to run Android 10 and feature a screen size of around 6.3-inches. Reportedly, it should have a 6-series Qualcomm Snapdragon processor with 4GB RAM and 128GB storage.

There’s no indication on when or where the phone will be announced, but Mobile World Congress is at the end of February. That venue is as as good as any for a formal introduction.